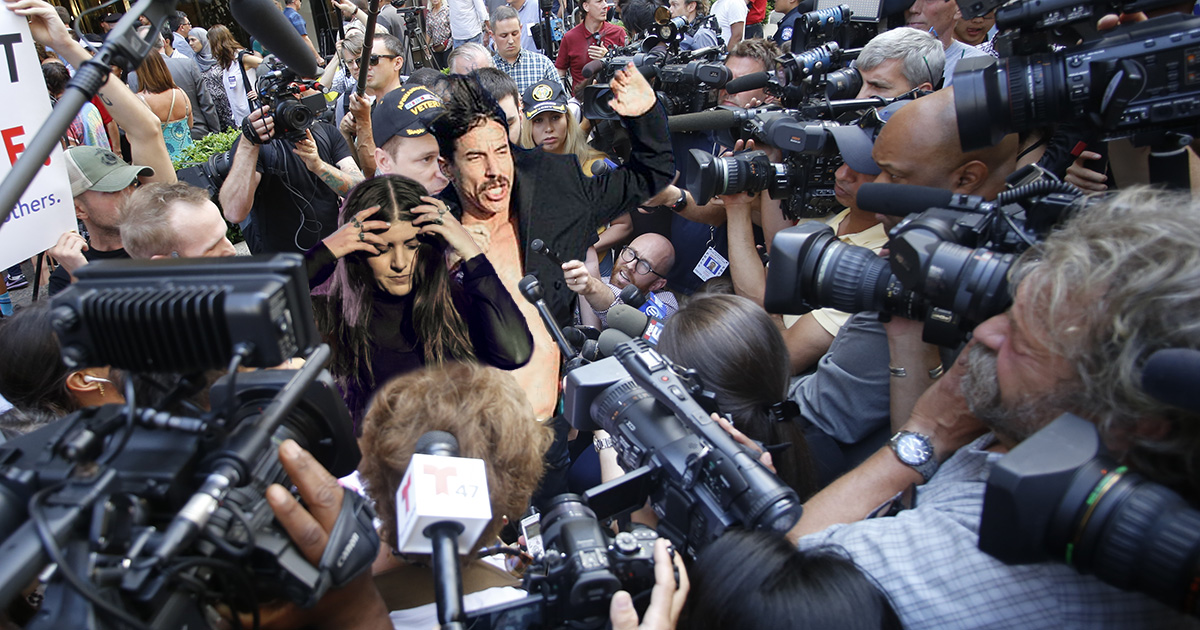 SACRAMENTO, Calif. — Founding members of rock outfits Best Coast and Red Hot Chili Peppers are protesting a contentious new law that caps the amount of songs an artist is allowed to write per year about the state of California.

“This law is unconstitutional and straight up wrong-along-a-bing-a-bong-a,” said Red Hot Chili Peppers frontman Anthony Kiedis. “I don’t want lawmakers who have no idea how songwriting works to tell me that I can’t write a song about the gritty streets of downtown Los Angeles where the freaks go to show their mojo. We have at least 80 songs about just the San Fernando Valley ready to go, and this law means that a vast majority of our music will never see the light of day.”

“Flea is planning on releasing a bass-only double LP about the 101 in March, and this law fucks that up, too,” added Kiedis.

“Our elected officials are putting their hands in our pockets and taking our money. If I only publish 35 songs about California this year, I’ll earn less than a third of my normal income,” said Cosentino. “And what’s next? Today they limit our ability to write about the Golden State, tomorrow they say we can’t write songs about getting high, or our exes? I’ll have to move to Europe if they start passing legislation that says I can only write a certain number of songs about my cat.”

However, California governor Gavin Newsom defended the bill and believes it will be a boon to artists.

“This law is meant to open up opportunities for new musicians to write the new great ballad of California and challenge established musicians to finally write about something else,” said Newsom. “As a consumer of all genres of music, including many Latino artists, I want to not only hear songs about this great state, but also songs about baseball, and maybe a few songs about getting funky with your pals.”

In related news, reports from the Texas state capitol in Austin indicate a large crowd of gun-wielding country musicians are gathering to prevent passage of similar laws restricting songs about the Lone Star state.