Bernie to Put Unsold President 2020 Merch for Sale on Bandcamp 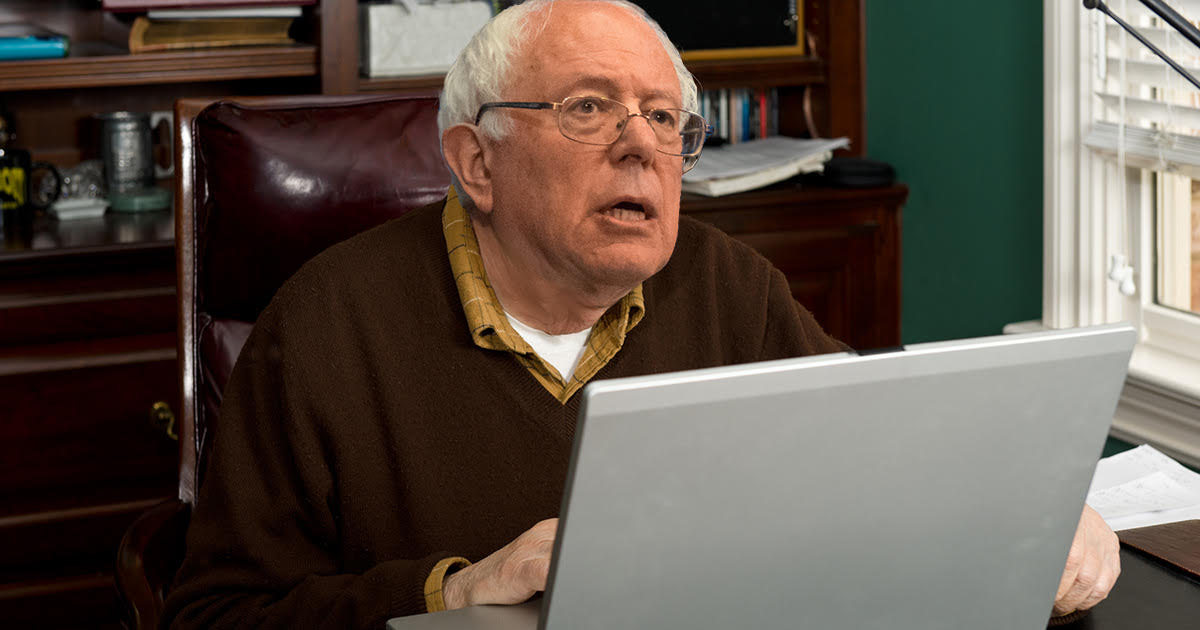 BURLINGTON, Vt. — Presidential hopeful Bernie Sanders announced today that he will put all of his unsold merchandise for sale on his Bandcamp following his decision to officially suspend his 2020 election campaign.

“We think it was the right decision to make following the cancelation of the rest of the campaign,” Sanders explained. “We know we have a lot of disappointed fans who were going to come out and meet us, and hopefully this makes it up to them in a small way. Also, I’ll be glad to get all of this shit out of my van. I haven’t been able to see out my back window in months.”

Members of Sanders’ campaign team admitted their disappointment at the early end of the run.

“I’m not going to lie, it’s a real bummer for us,” admitted campaign assistant Andrew Jones. “We’d invested a lot in the rallies, and without doing the rest of them, it’s going to be pretty tough to recoup our costs. We settled on Bandcamp pretty quickly to help us get out of the red, but we also gave a long look to Patreon, GoFundMe, or raising money by having Bernie give personalised speeches over Skype.”

While disappointed, Sanders’ supporters are looking for silver linings.

“It sucks, but I totally get why they had to do it, given the circumstances,” said Sanders supporter and Madison, Wisc. resident Adina Brennan. “It’s cool we can still buy some tour-exclusive merch, though — it feels nice to have a way to directly support him. I mean, yeah, I could’ve donated to his campaign, or made calls for him, or even voted for him in the primaries… but none of those things would have gotten me a cool T-shirt, would they?”

The Sanders campaign has reportedly contacted the San Francisco 49ers to see how long they held onto their pre-printed “Super Bowl LIV Champions” merchandise before “it got kind of sad.”