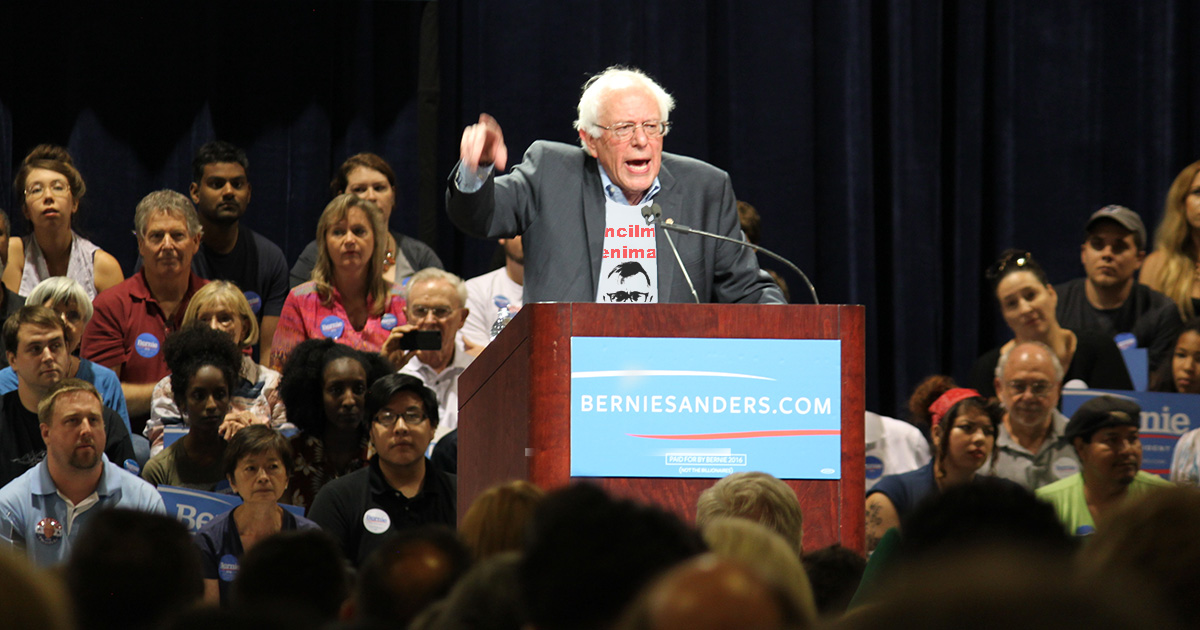 “Let’s hear it for Councilman Beniman, folks,” Sanders said when taking the stage, grinning brightly in the black shirt. “He came out here at my request and did a great job kicking this rally off — one of the hardest working fellas out there. Give it up for him, everyone!”

The crowd responded with wild cheers, exalting in the Vermont senator’s humility.

“It’s just so cool seeing a national act shout out the little guy,” said Butte resident Julie Wilf. “Like, Councilman Beniman is a huge deal here, but no one would know who he is in Washington… so it’s wild to see Bernie wearing one of his shirts.”

Political commentators were quick to point out the impact an endorsement like this could have on a local, progressive politician.

“You have these kids who idolize Bernie — have his posters and merchandise and the whole nine yards — seeing him in this Beniman shirt and thinking, ‘Wow, he supports this local politician, and maybe I should, too,’” said strategist Wendy Hull. “I’ve heard we might need to move next week’s town hall meeting to the high school auditorium because so many people want to come out and support Councilman Beniman now. That’s just fantastic.”

Beniman himself, standing in the back during Sanders’ speech, seemed excited for the possibilities the endorsement could bring him.

“Bernie’s so kind to do that. I think this could open so many doors for me,” Beniman said. “I love serving Silver Bow County and making a difference on the local scale… but I have other aspirations, too. I’ve done plenty of tours around Montana already; I want to get on a bus and make progressive speeches in places like Boston and New York — maybe even run for state office and release a campaign commercial with cool music.”

Sanders closed his speech by encouraging the audience to “…say hello to Beniman, and maybe pick up a sticker and listen to a few of his talking points,” before breaking down the stage and PA and loading it into the tour van.