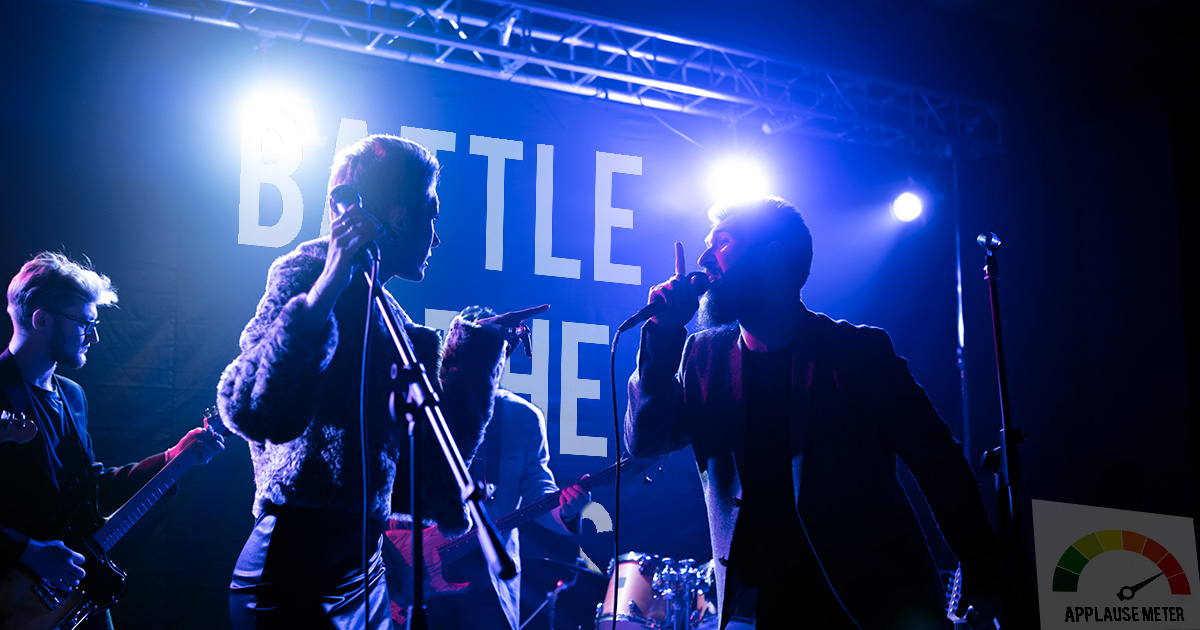 PHILADELPHIA — Local band The Shit Kickers condemned their second place prize and disputed the accuracy of the applause-o-meter today at Battle of the Bands grand finale, irritated sources confirm.

“I know this is a joke and a fraud — everyone knows it. They’re trying to steal this victory from us with fugazi equipment, and the real music fans know it,” said lead singer Dave Thomas in his van parked behind the venue. “We demand another round of applause, but this time, we don’t include the smokers who were out on the patio during our set. Stop the fraud!”

For their part, bar patrons who attended every semi-annual Battle of the Bands lamented the sameness of all the acts on the lineup.

“It’s just the same thing every time: a bunch of dudes who look alike, mumbling incoherently into a microphone,” said hungover Philadelphia native Paula Strayer. “And they always fall into the same two categories: alt rock and indie. Aren’t they pretty much the same thing anyway? I really wanted to clap for the folk band, but they’ve been playing this thing for years and never fucking win. This whole situation is so embarrassing for our scene.”

Perhaps unsurprisingly, other groups on the bill were a bit disturbed by The Shit Kickers’ reaction to their loss.

“We’re from Canada and this sort of thing never really happens up there, so this whole thing is pretty crazy to us. I just feel so bad for you guys,” said Drew Blonsky, drummer of post-punk band Maple Liefs. “At the very least, if you were going to hold the audience up like this in our venue, they’d give them a few rounds of drink tickets. These people did what they were supposed to do and showed up. Don’t do ‘em like this, eh?”

At press time, the exhausted crowd was pleading with The Shit Kickers to concede so everyone could just go home already.