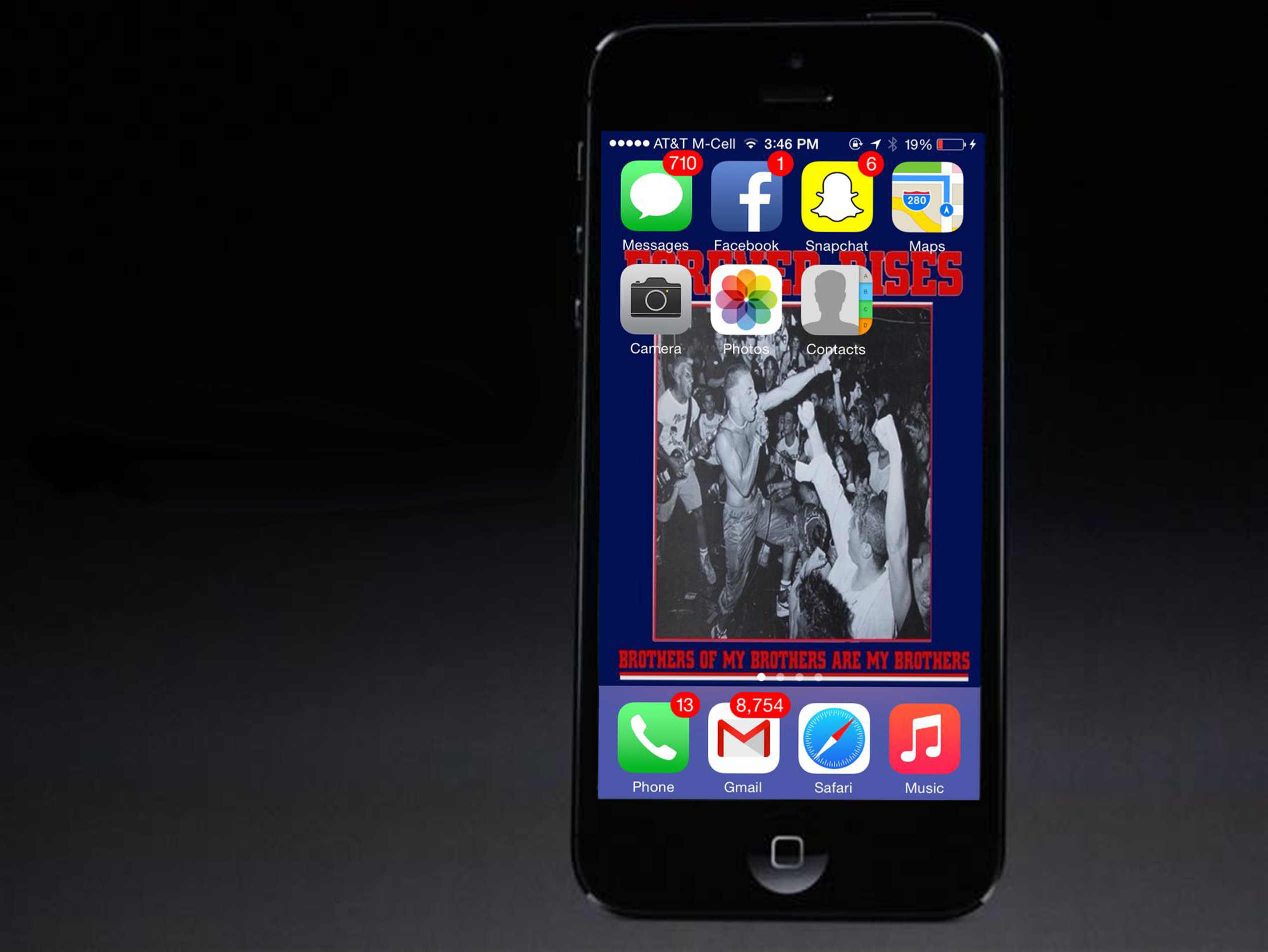 “I couldn’t focus at work because my phone was blowing up every few seconds with someone saying they found a cheap van on Craigslist or that Afroman should front Screeching Weasel,” said Feldman of the simple iMessage discussion of the band’s upcoming EP which quickly ballooned into thousands of texts. “I mean, yeah, a cheap van would be nice and Afroman is certainly qualified, but I have shit to do instead of reading texts about who the hottest member of Destiny’s Child is.”

Feldman asserted that the constant barrage of texts lead to a noticeable dip in his quality of life.

“I was getting bummed out every time I felt my phone vibrate,” said Feldman. “All day, all night. Unending. Someone would be saying that we should start color-coordinating for our ‘band image’ and then it’d just be three hours of sending each other the poop emoji.”

When asked about the group chat, other members of Forever Rises described it as a mixture of personal observations, wrestling GIFs and Tom Delonge links.

“I personally thought it was great,” said Michael Henderson, the band’s frontman. “It was making us closer as a band just sharing laughs and inside jokes – man, this shit is hilarious. Greg just didn’t get it.”

“Greg was always a turd boy,” guitarist Lawrence McKenzie said through an emoji-ridden text. “I’m breaking out the most prime Barstool Sports links and Gronk GIFs – which I call ‘Grifs’ – and he’s not even responding. Seriously, GRIFS, how good is that?!”

According to Feldman, the last straw came when McKenzie sent a picture of himself brushing his teeth totally naked with only a head of broccoli covering his genitals.
“It’s not just that the text came in while I was in the meeting with my boss and regional manager,” Feldman remarked, adding that his decision to leave the band initially went unnoticed for another 347 texts. “But it was the fact that they all thought that shit was hilarious. When people ask I am just going to say I left the band over creative differences.”