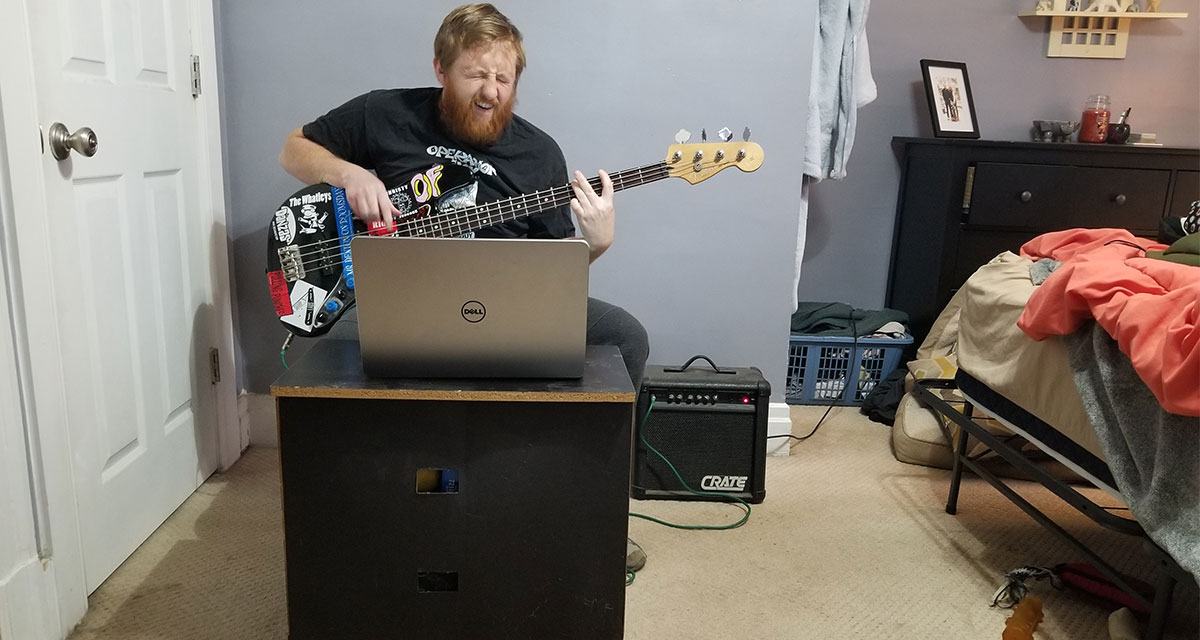 ELKINS, W.Va. — Country Chodes bass player Jared Cole doesn’t realize his bandmates have had him muted for almost the entirety of their rehearsal held over the video conferencing app Zoom, sources giving an occasional thumbs-up to appease him confirm.

“Going on 84 minutes now,” said frontman Shawn Miller, sharing a screen of a Google Doc titled “Jared’s Awesome Ideas” to keep Cole busy while the others talked. “He mostly seems to be trying his ‘sick’ new bass lines… though there was a good 25 minutes where he was just working away at that adult coloring book we got him. We considered giving him a 10-minute window to talk any nonsense out of his system, but the second he pitched a song called ‘Coronacaust,’ we revoked that privilege for the good of the order.”

According to Cole’s roommate Katie McCullers, the 32-year-old has grown accustomed to being the center of disinterest over the years.

“Jared is so used to it, he now apologizes before answering a question you’ve directly asked him,” she said. “In fact, I think it took about six months of therapy just to get him to stop instinctively responding to his name with ‘root notes only, don’t fuck it up — got it.’ I guess that’s the kind of thing that happens when your mom finds your valedictorian speech so boring she re-uses the tape to record an episode of ‘According to Jim.’”

For his part, Cole seemed to confuse the band’s stonewalling for a positive change in attitude.

“I think this distance is changing the dynamic of our practice,” he said. “I’ve counted no fewer than seven head nods and three thumbs-up, so things are looking up. I bet by hour two or three of this meeting, these guys might even ask my opinion on something important… like whether I should turn my amp on, or be allowed to make direct eye contact into the camera.”

As of press time, Cole’s drink had spilled onto his amp and power strip, causing a small electrical fire. He has allegedly refused to scream out for his bandmates to call 9-1-1, however, because he didn’t want to “be rude and interrupt.”