Bassist on Life Support Not Even Plugged In 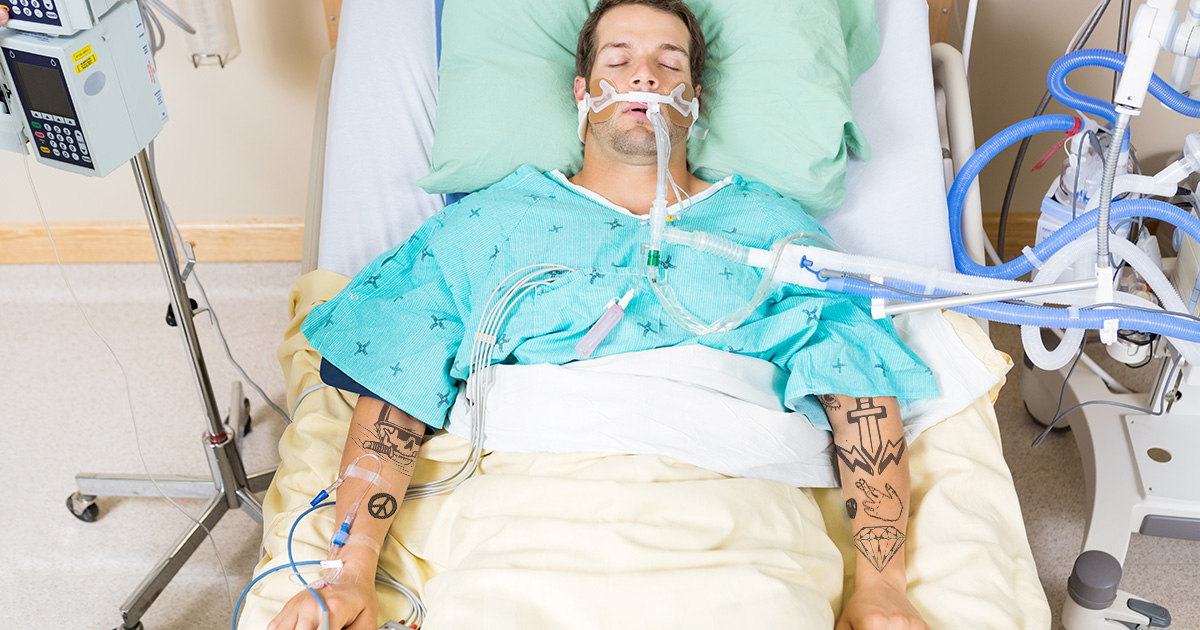 ROCHESTER, Minn. — Severed Reason bassist Corbin Gallo was taken off life support yesterday when doctors realized that the notifications tracking his various vitals were keeping an irregular rhythm, according to medical records.

“We were just trying to have a conversation, but those beeps from the heart monitor were all coming in at different intervals — it was impossible for us to get in the flow. Just like band practice, when it always seemed like he was playing a completely different song,” said lead guitarist and vocalist Emma MacDermott. “I know we’re a punk band, but we still need to be in the pocket… and his shitty rhythm was totally throwing us off. So we decided to just cut it. Honestly, no one seemed to notice.”

Gallo’s parents seemed relieved, hoping their son would finally move on from his unrealistic pipe dream of continued consciousness.

“We’ve gone along with this little fantasy of ‘being alive’ for long enough,” noted Corbin’s mother, Trisha. “It was fine when he was in high school, but at a certain point, it’s time to let it go and start thinking a little more practically: Corbin isn’t exactly the most vital member of society, after all. Besides, we have two other boys who I’d say are really the heart of this family — I mean, you’d definitely notice something lacking if they were gone.”

However, medical professionals were concerned by the recklessness with which Gallo’s bandmates just started ripping cords out of the wall.

“What the hell is wrong with you people? You can’t tamper with these machines — did you really think we wouldn’t notice?” said Derrick Flatleigh, the on-call physician and apparently Gallo’s only fan. “His condition is very treatable. We could’ve discharged him tomorrow if you hadn’t messed everything up. You can’t just arbitrarily euthanize him.”

At press time, the remaining band members were auditioning a nearby synth player hooked up to an EKG monitor.