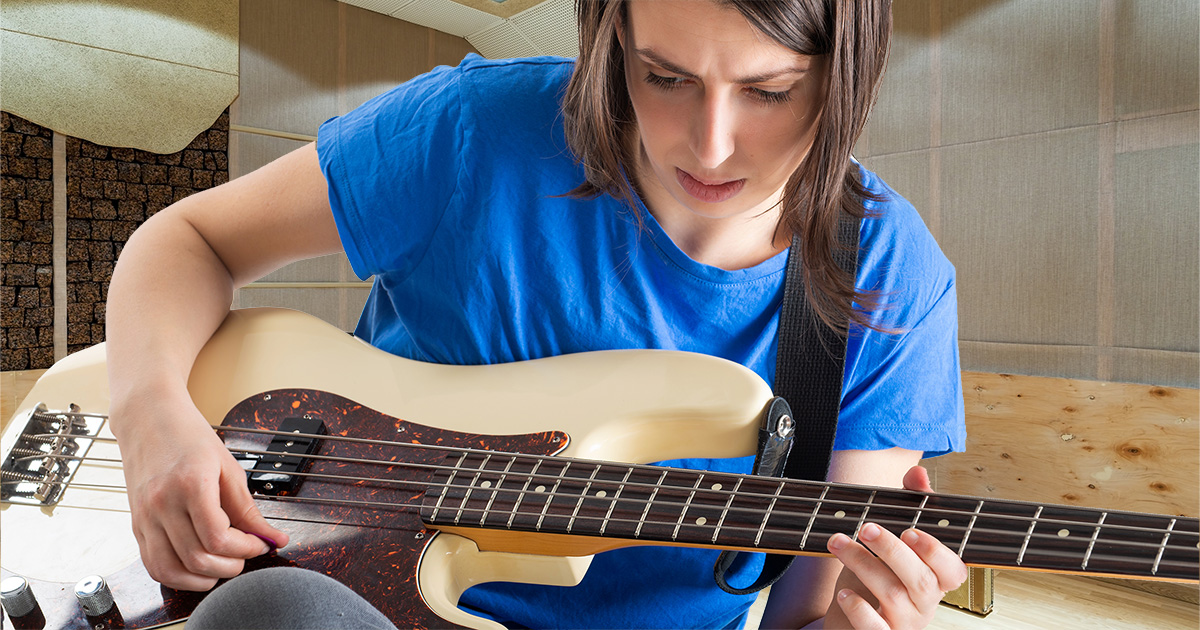 APPLETON, Wis. — Teenage prodigy Shari Ford is being hailed as the next great bassist after mastering the electric bass guitar 16 minutes into her very first lesson, sources close to the low-end wunderkind confirmed.

“I thought I was done playing music once I gave up on piano after trying for six months straight because it was so stinkin’ hard,” said Ford, who has already booked studio sessions with multiple big named artists. “I found out pretty quickly that all you have to do is hold down one of the strings on the fret with one hand and then hit the string using the pick with the other hand by going up and down and you’re pretty much set. Honestly, I feel a little silly that it even took me 16 minutes, I could have probably done it in 10 if I focused a bit more.”

Bass instructor Armando Gilbert says mastering the bass is relatively common, but Ford was able to do it faster than any of his previous students.

“16 minutes is probably a record for one of my students,” said Gilbert. “I do my best to try to stretch it out. I show them a bunch of sheet music to try to confuse them and then talk about how there are basses with way more than four strings. That usually ties them up for a while and I can get their parents to agree to a few more lessons, but they eventually catch on to the fact that I’m stalling and all you have to do is try out frets until it sounds good and pluck in rhythm.”

“Not to mention no one is ever going to hear you in the mix, so you’re really only there to scam more drink tickets,” added Gilbert.

However, some bassists have begun to question the legitimacy of Ford’s claim.

“No way she mastered it that fast,” said Flea, bassist for legendary rock and roll band Red Hot Chili Peppers. “Sure, they can probably pick a few notes, but have they learned slap bass yet? You haven’t tamed this dragon until you can slap and pop. When I was learning to play bass, it took me at least 45 minutes to get that down and my teacher said I was the fastest student ever. So let’s just wait to see how long it takes her to get that down before going wild here.”

At press time, Ford is claiming that she is “looking for something a bit more challenging than the bass,” and recently announced plans to try playing noise music.