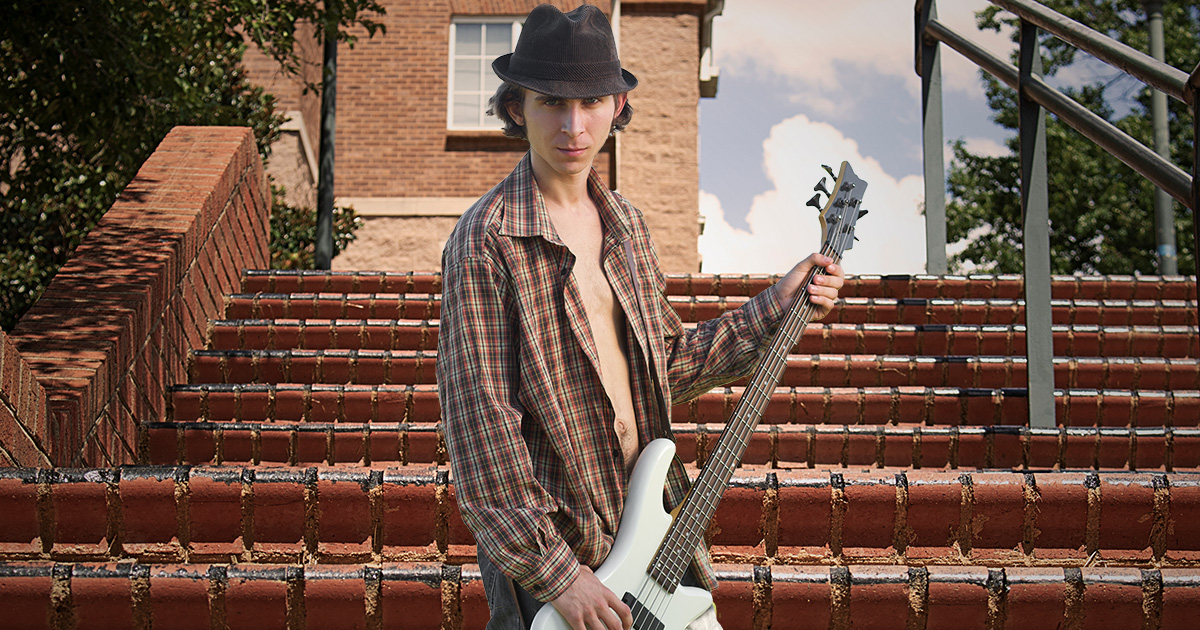 WHEELING, W.V. — Bassist George Atkins was abandoned yesterday by his thrash band Rocket Bulge at the side entrance of South Wheeling Technical Academy, bringing a sudden end to his tour of the East Coast.

“This has really been a tough transition for me, but honestly, it’s not that much of a surprise,” said Atkins, still clutching his Ibanez 5-string. “Over the last few months, the band mixed my bass out of every recording, turned off my amp during shows, and a few times they called me Glen by mistake, so I kinda saw it coming. It’s been fun, but maybe it’s time I shift my focus and become more career-oriented after all.”

“I hope the other guys tell my family where I am,” added Atkins. “I’m pretty far from home.”

Lead singer Wilhelm “Big Willy” Mayhew was sad to see him go, but knew it was for the best.

“It was a really hard choice to make, but in the end, we all realized this was the responsible thing to do,” said a choked-up Mayhew. “When he passed out in the van, that was our chance. At that school he’ll actually have a shot at being something more than a bass player. Maybe he’ll learn to be a plumber or a pinball machine repairman… you know, something useful.”

“This is fairly common, and it’s tragic. But we do the best we can to help these poor souls transition into being productive members of society,” said DeWitt. “At least things aren’t as bad as they used to be — back during the last recession, we averaged five bass player drop-offs per week. Our HVAC program was so overcrowded that at one point, we just switched half of them over to the nurse practitioner track. Thankfully, no one seemed to notice.”

Sources report Atkins is emotionally preparing to part with his instrument, and plans to donate his bass to the school’s welding program so it can be scrapped for raw materials.