Band’s Walkout Music Better Than Anything on Setlist 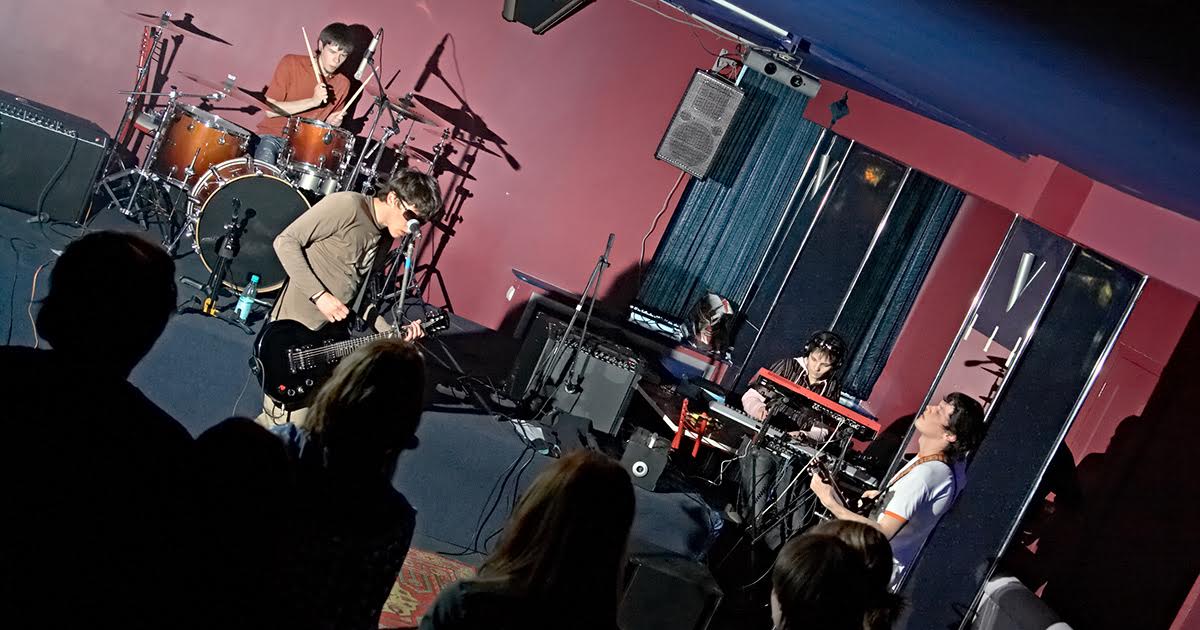 MESA, Ariz. — Local punk band Forkscrew set expectations high and did not meet them when they walked out to Saves the Day’s classic thrasher “You Vandal” then entered their own forgettable catalog of uninspired mid-tempo tunes, bored fans reported.

“I got so hyped when I heard those first power chord chugs of ‘You Vandal’ that I actually loudly cheered for Forkscrew. I want my cheer back,” stated local showgoer Hannah Keane, who has reevaluated her willingness to see bands she doesn’t know. “Once they turned off Saves the Day, there was 45 seconds of awkward silence until they went into their first song which sounded more like midtempo buttrock than the ‘punk’ they bill themselves as. It somehow got worse deeper into the setlist. Truly a false flag operation.”

The members of Forkscrew are aware of their inability to sustain crowd enthusiasm throughout a full set but are oblivious as to its cause.

“I don’t understand! We get the loudest, most excited response when we walk out at the beginning of our set, but by the end you can hear crickets,” admitted singer Josh Reince, who had to convince his bandmates to walk out to Saves the Day instead of Seether. “Maybe the crowd is so into our songs that they keep ordering beer after beer, and they’re shithoused by the end of our set. Or they’re getting older and are very sleepy by 10 p.m.? We should try playing louder.”

Seasoned veterans of the live music scene caution bands on choosing walk-out music that they can’t live up to.

“Playing a live show isn’t like wrestling, you don’t walk out with the most hype music you can possibly find. Simply put; your band can’t match that promise,” observed Tabitha Potts, former manager of Jimmy Eat World. “The best bet is to walk out with music very different from your band’s style. If you have a sense of humor, walk out to something funny like the ‘Full House’ theme. If not, maybe try rap or classical just to throw people off. Don’t walk out to a beloved Saves the Day song. They fucking ripped on ‘Through Being Cool’ you didn’t.”

In a twist of irony, Saves the Day recently played one of the best shows of their career after walking out to Forkscrew’s sloppy, repetitive song “A Spam Call to Arms” which generated a fair bit of audience laughter.