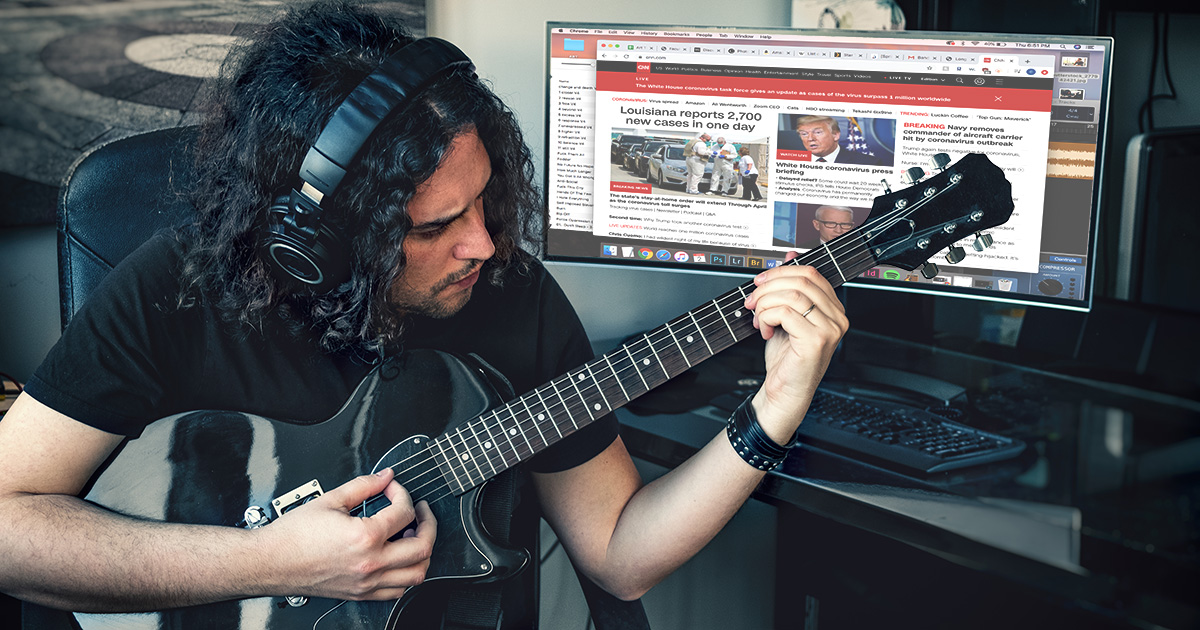 VACAVILLE, Calif. — Local rhythm guitarist Glenn Wemple is increasingly worried about all this “non-essential” talk amid the coronavirus pandemic and the ensuing social distancing orders, according to sources.

“Why do we have to upend every single societal norm just because of some tiny little microscopic virus?” said Wemple, who strums an orange-and-white Rickenbacker for local speed metal band Chilantro. “I’ve played in this band for two-and-a-half years, man — I know bands are looking to cut corners because money is getting tight. All the guys are much slower to return my texts, and they didn’t include me on a livestream Q & A earlier in the week. They didn’t answer any of my questions either, which also sucked.”

Chilantro fans admit that Wemple plays a nice role in the band, but is nothing compared to Todd “The Ripper” Ralston’s “absolute fucking fire and essential to their core” playing.

“You know, I truly don’t think I could survive without Todd’s life-affirming riffs,” said local promoter Wally Boykins via Zoom while awaiting the $1,200 check that will float him until the Vacaville scene starts popping again. “Glenn’s a pretty nice guy, too — hell of a creamsicle Rickenbacker he’s got. But when it really comes down to it, he doesn’t offer up much. A pedal could easily replace him and the band would be no worse for the wear.”

President Trump claimed he wants a minimum of two guitarists on stage per band at all live shows, and he thinks it’ll happen sooner than later.

“The warm weather is going to kill this virus, and we’ll be back to that big, big sound so fast, folks! This virus is a hoax, a shameful hoax — made by disgusting, unwashed folk-punk bands who should be blaming Obama, who is a bad dude, for the bad rhythm guitarist economy,” said Trump. “Summer festival season is coming: we’re talking two million at Bonnaroo, three million. You think one guitarist can handle that? You’re going to see three, four, five guitarists! We’ll have so many guitarists on stage, you won’t believe it, folks.”

At press time, Wemple had copied and pasted Trump’s press conference YouTube link into an email draft for the band with a subject line that read, “Re: ESSENTIAL!”