Band Photographer Suggests One Photo Without Bassist Just in Case 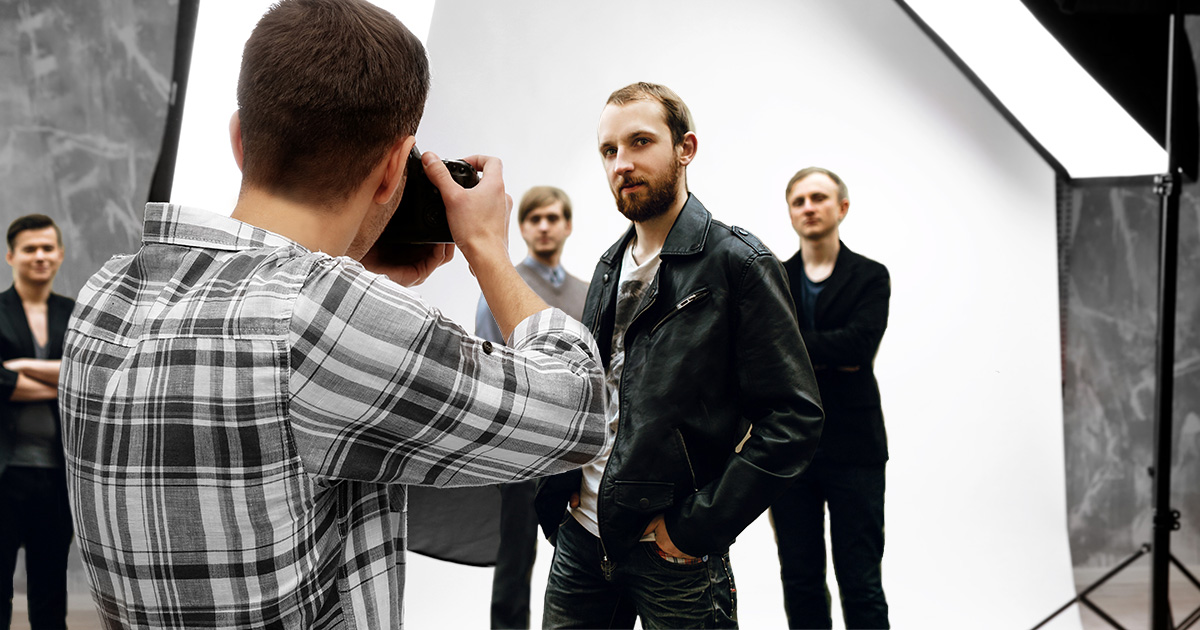 “These bands experience so many on-again, off-again bassists that you just never know,” said Heartinson, in between reminding the bass player not to smile and say “cheese” for pictures. “I’m constantly asked to do reshoots after a band inevitably kicks out their bass player for showing a new song they wrote, so I always make sure to take one without the bassist so it can later be used to Photoshop whatever new one the band gets. Honestly, it always feels a little awkward in the moment, but the rest of the band typically gets so excited over the suggestion that the bass player simply has no rebuttal.”

“It was definitely odd to sit back and watch the rest of the band take a photo without me,” said Plummert while doing his weekly practice studio chores assigned by his bandmates. “Almost like all those times they went out to get a few beers after a show, but forgot to tell me where they were going… or that time I caught them texting with their previous bassist and they said it was ‘nothing to worry about.’ Or that time they accidentally pushed me out of a moving car after I suggested they invite me to their band meetings. Really, the list goes on.”

Music experts have long documented band members’ rapport with one another.

“Being in a band is just like being in a relationship, but polyamorous, so they rarely ever work out,” music critic Danielle Jefferson said. “Unless a band shows legitimate signs that they’re capable of long-term commitment, the bass player can expect to be dumped at any time for a heavier, more funny one. We’re actually seeing bands wait longer than is typically normal to reveal their bassist’s identity on social media — almost as if they’re waiting to see if their current one is ‘touring material’ before making it Instagram official.”

The band wrote a glowing review of Heartinson’s freelance photography business, citing her professional demeanor and patience when working with bass players.