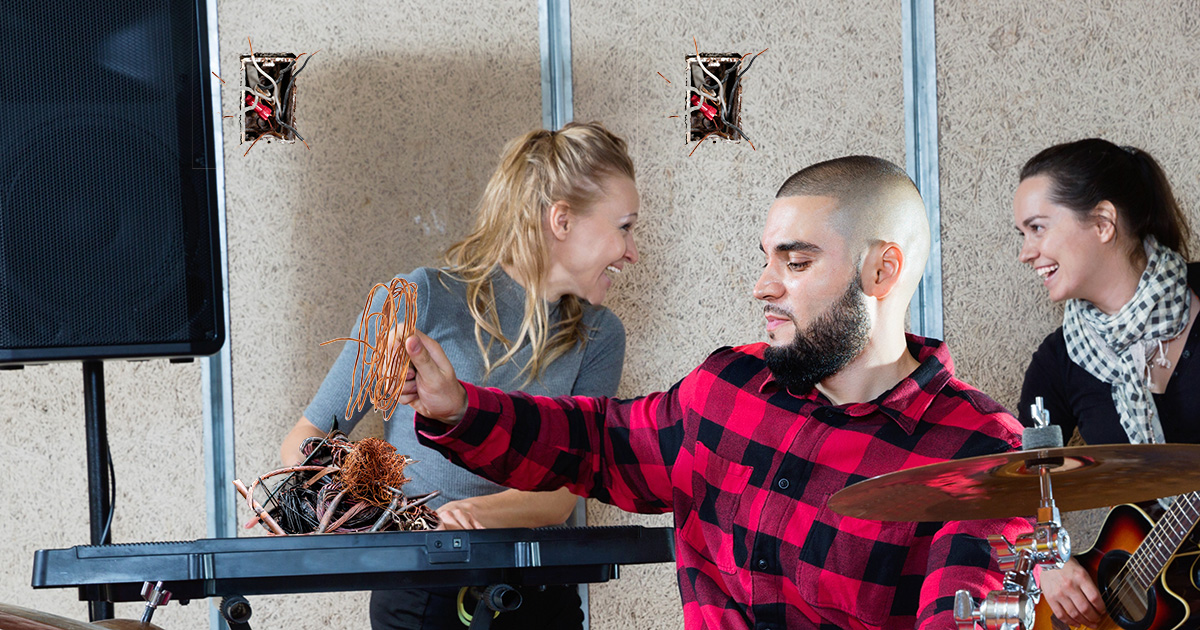 OKLAHOMA CITY — Local band Not Just a Faze got the biggest break of their career after discovering that their entire rehearsal space has a shitload of copper wiring just behind the drywall that’s ready for the taking, sources confirmed.

“We really hit the jackpot here. Not only does the landlord live out of state and only checks up on things if there’s a lapse in payment or a fire or something, I reckon there’s at least 40 yards of copper in this unit alone,” said frontman Jared Klein as he oiled up his wire strippers. “Our bassist Dylan is a small dude, so if he can get into the crawl space, we’re looking at a huge payday. Copper density is 8.96 grams per cubic centimeter last time I checked, so we’re looking at, like, $200. This is the break we’ve been working for.”

Casey Briggs, the landlord in question, states that she is not as ignorant of the petty theft as the band thinks she is.

“The funny thing is that I own the entire strip mall, but nobody really wants to rent there because it’s full of rot and also in the middle of Tornado Alley. I also have a closed-circuit camera set up on one of the lamp posts outside,” Briggs asserts. “Unless they’re playing in the shittiest folk band known to man, then it’s pretty obvious that they’re using those buckets from Home Depot to haul out scrap. I really couldn’t care less. Truth be told, I have a nice insurance policy for any and all damages, and nobody else is renting. This is the break I’ve been waiting for.”

Music accountant Leon Chodroff isn’t unfamiliar with the financial activity of bands in a similar situation.

“I’ve been preparing taxes for bands for decades, and it’s always the same thing — they think if they make a big score on copper wire, vintage wallpaper, or leftover drink tickets from the night before, then they’re set. It’s how they spend that screws them over,” Chodroff said with a knowing gaze. “See, they get excited that they can score an 8 ball for the weekend, but then that’s where all the money ends up going. Whenever line 11 on their tax forms sees a spike, they lose the rehearsal space shortly after. It’s best if they use whatever extra money they find to fund the rent, and then they can find drugs on their own time.”

At press time, every band member was spotted trying to operate an excavator that has a $300 per hour rental fee.