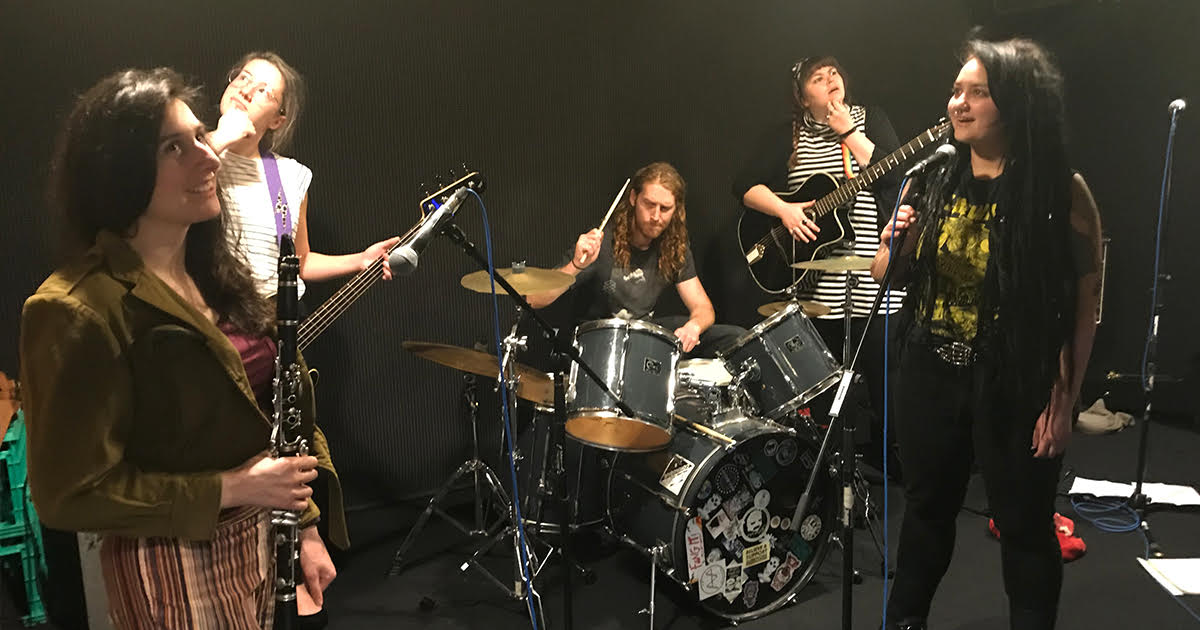 MESA, Ariz. — Indie-folk band The Fox and the Nightingale discovered during a jam session at their new practice space last night that what their music was really lacking was multiple heavy metal bands all playing at the same time, sources wishing they were deaf confirmed.

“We had to find a new practice space because my wife needed to use the garage for her eBay business,” said guitarist and vocalist Autumn Cadden. “When we moved into the space, we brought our guitars, Peavey practice amps, a single electronic drum pad, and wind chimes… which were all overpowered by a wall of evil and noise coming from the studio next door that’s been completely absent from our sound in the past. We were going to add a toy xylophone to try to fill out our sound a bit, but what we really need is a bunch of metal bands all playing over us.”

Brennan Diggs, the owner of Ace Studios, saw the band load in with 8” speakers and offered to lend them some of his Marshall amps, but the band allegedly refused.

“When they checked out after their session, they seemed super happy — they were asking me if I heard the new one they were working on… ‘Dandelion Sunset’ or some other hippy nonsense. I told them no, and they all gave me a high five,” said Diggs. “Bands with perfectly soundproofed practice spaces will never understand the benefit of having a dozen metal bands drowning out your sound. At our studios, we’re proud to offer that experience… along with the beer-stained, cigarette-smelling, wall-to-wall carpeting we’re famous for.”

For their part, the metal bands rehearsing were completely unaware that The Fox and the Nightingale were even there.

“We turn up all the way,” said Lucas Steele, bassist of the doom metal band Goat Martyr. “If there were any other bands playing, we certainly didn’t hear them… and to be honest, we don’t care. What the hell is The Fox and the Nightingale, anyway? Sounds like a vegan laundromat or some other hipster bullshit.”

Following their discovery, The Fox and the Nightingale booked more time at Ace Studios, eager to work on new material accompanied by every subgenre of heavy metal.

“We can’t wait to not make out what we’re playing while inside an unairconditioned, converted storage space 40 minutes away on the one night of the week when all of our schedules are open,” said Autumn.