Band Argues About Setlist Like Anyone Gives a Shit 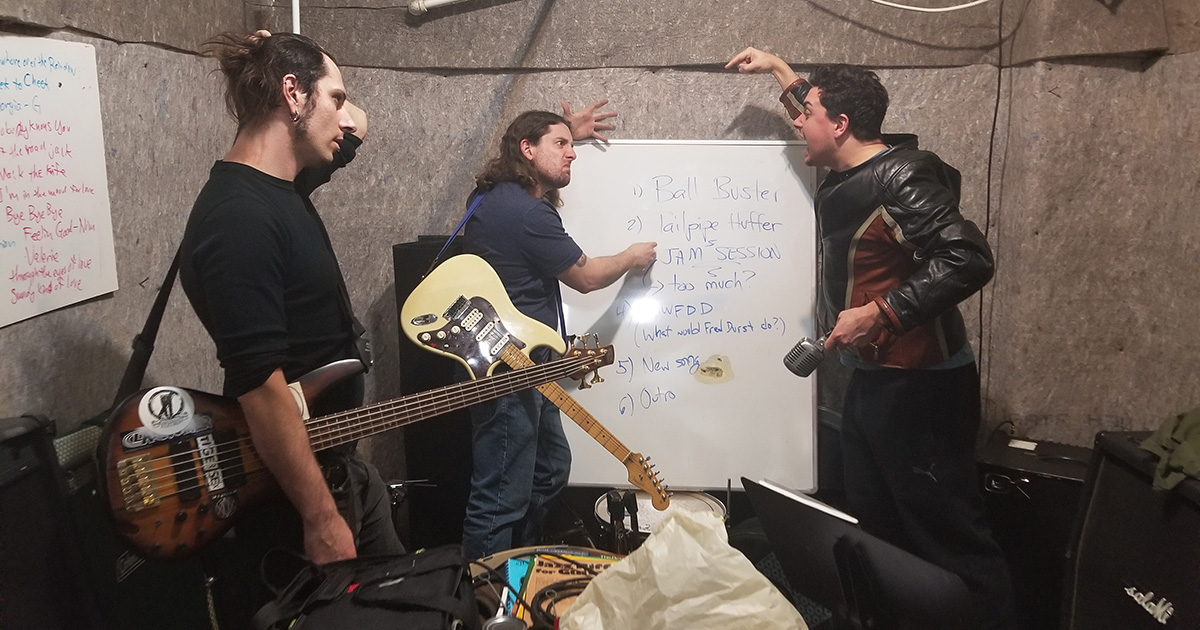 SEATTLE — Members of local metal band Brutal Stepson reportedly grew heated last night when they couldn’t agree on a setlist, about which the audience couldn’t care less, confirmed a group of bored onlookers.

“I’m sorry, but sometimes I just have to put my foot down,” said Brutal Stepson vocalist Greg Flores. “I mean, call me crazy, but how would anyone in their right mind think it’s a good idea to play ‘Demon Forest’ before ‘Temple of the Necrostrangler?’ It’s show programming 101: you never put the radio single before the touching ballad. I always thought that was common sense. I guess not. The audience’s musical journey is not something I take very lightly.”

“Look, last time I checked, we were called Brutal Stepson, not The Greg Flores Band,” noted drummer Mitch Copeland. “I’d concede placing ‘Temple of the Necrostrangler’ before ‘Demon Forest,’ but we should never close any show with ‘Beelzebub Blues.’ That’s band suicide! The audience is gonna go apeshit if we don’t end with ‘Highway of Shame’ or ‘Reaver of Benevolence.’ Yeah, if we had the chance to do three maybe four encores, this wouldn’t be an issue… but we’re the opening band.”

When asked by the band, one brave showgoer offered their opinion about the 18-minute setlist.

“What songs do I want to hear? Honestly, I don’t know any of your songs,” replied audience member Dean Franklin. “I’m actually here to see my friend’s band, Horn of Oblivion. I really don’t care what you play — you could draw song names out of a hat, or cover Iron Maiden for all I care. I was planning on hitting up the smoking patio during your set anyway.”

Following sound check, Brutal Stepson came together with compromises, only to be derailed when they couldn’t decide on greeting the crowd with, “How are you all feeling tonight?” or, “Make some noise, Seattle!”