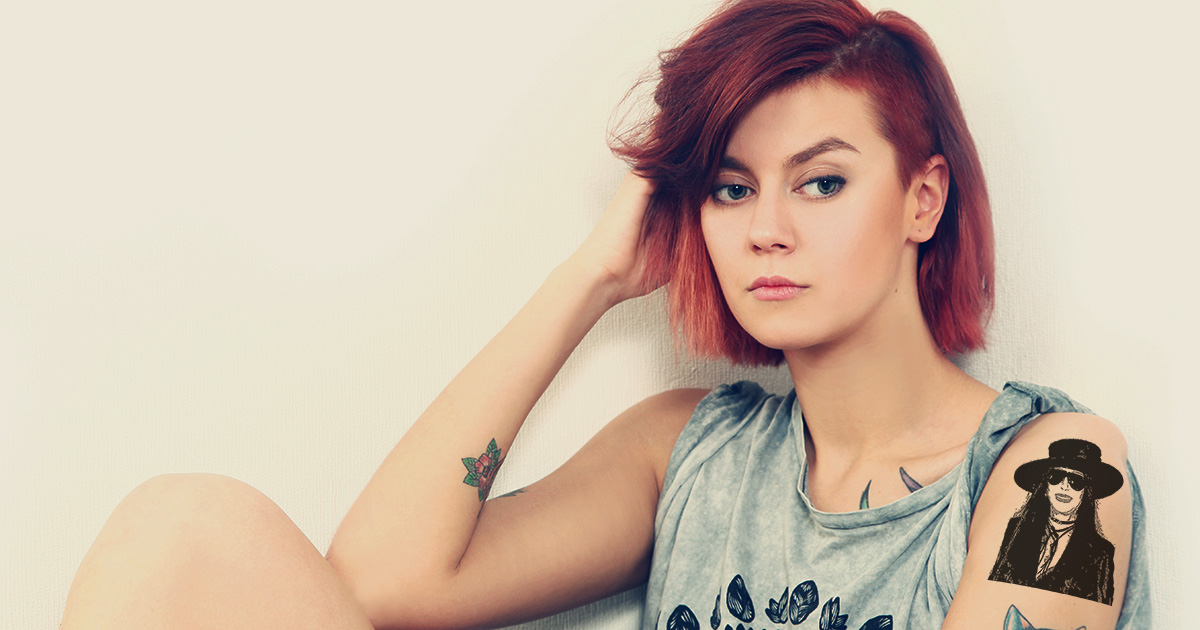 CHICAGO — Local punk Kyla Waters has spent the past 24 hours trying to decide if her roommate’s new tattoo either looks nothing like Jack White or exactly like Cher.

“My roommate showed me his new tattoo after coming back from the shop yesterday, and when I told him I didn’t realize he was such a big Cher fan, he looked confused and kind of upset,” said Waters. “If it’s a Jack White tattoo, it fails on every level. It’s a much better Cher tattoo — nearly perfect even — but there are still enough Jack White elements to land it in the uncanny valley. It’s an almost perfect midpoint between Jack White and Cher… which is something I’m not sure man was ever meant to see, and now that I say it out loud, is also likely a collaboration in the works.”

Tattoo artist and massive Cher fan Vince Gurdy admitted that a mix of inexperience and personal bias contributed to the tattoo’s confusing design.

“Normally tattoos of celebrity faces are no-go for me because they’re not my forte, but this guy was determined to get a tattoo of the White Stripes guy, and insisted on getting it from me, so I gave it my best shot,” said Gurdy. “But then ‘Believe’ came on the radio, and I guess just gravitated toward my queen, and instead of drawing Jack White, I drew an unholy combination of him and Cher. It’s hard to look at, but at the same time it’s undeniably sexy, and it may also be my masterpiece.”

Thankfully, Cher made herself available to give her opinion on the tattoo.

“It’s like looking in a blurry mirror. It’s very close to looking like me. Everything seems right, but something just feels… off,” said the pop music icon. “Obviously there’s some resemblance between us — I’ve signed enough ‘Elephant’ vinyls to prove that — but this is different. It almost looks like the movie poster for ‘Face/Off,’ but in addition to Nicolas Cage and John Travolta, you toss in me and Jack White, and possibly a young Elvis. I’m as flattered as I am repulsed.”