Bad Friend Not Going to Diner After the Show 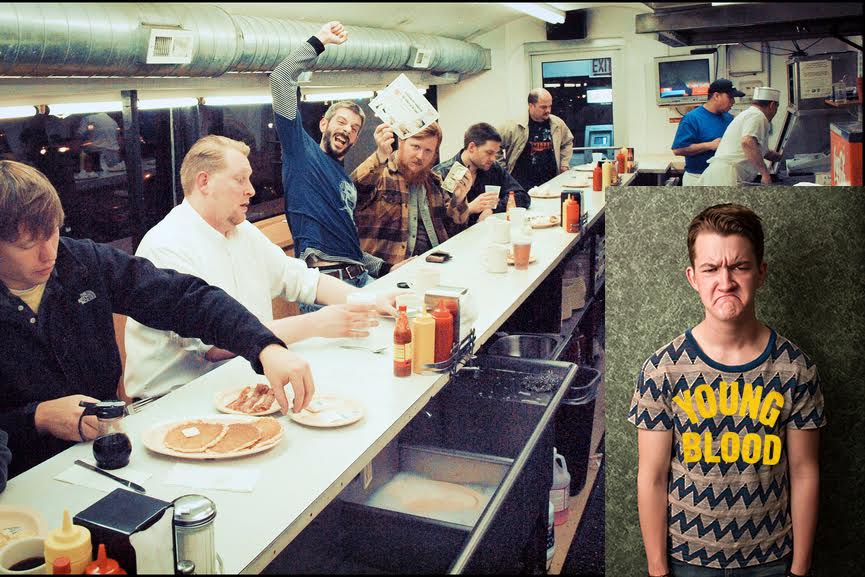 HOWELL, N.J. – In a shocking development late Tuesday night, local hardcore kid and bad friend Greg Seaton announced to his group of friends that he would not be accompanying them to the local diner after the show.

Eating at the Pinwheel Diner has been a tradition in the local hardcore scene for years, a sacred ritual that some say Seaton once held dear. This most recent slight comes on the heels of many other choices that have lead Seaton’s friends to question his loyalty to their “crucial hangs.”

“Ever since he got that job and new girlfriend, Greg’s been a real turd, always bailing on stuff,” said friend Tyler Farrand, “What’s more important? Money or your friends?”

Seaton’s other recent transgressions vary from minor (arriving late to shows), to remarkable (not going on week-long road trips to attend hardcore fests).

The 23-year-old Seaton believes he has balanced his full-time job and full course load at Rutgers University with staying in touch with his scene well over the years. His friends, on the other hand, aren’t convinced.

“It’s the same bullshit he pulled when he was volunteering at that hospital. He bailed on so many shows back then and missed out on so much limited merch,” Farrand said, “Our hardstyle photos outside of Pinwheel for Instagram just aren’t the same without G-Seat. He always has the hardest style.”

Even the owner of the Pinwheel Diner, Alan Wilson, weighed in on Seaton’s decision to bail on a trip to his 24-hour eating establishment, “All those kids with the army shorts and stupid hair cuts being loud and obnoxious have cost me all my regulars over the years,” Wilson said. “Even though they never tip and routinely leave the place a mess, we’ve come to depend on their patronage. If this kid doesn’t start respecting the scene I’m gonna go out of business.”

At press time, the shitty friend was unable to be reached due to his phone being turned off while visiting his Grandmother at her nursing home.