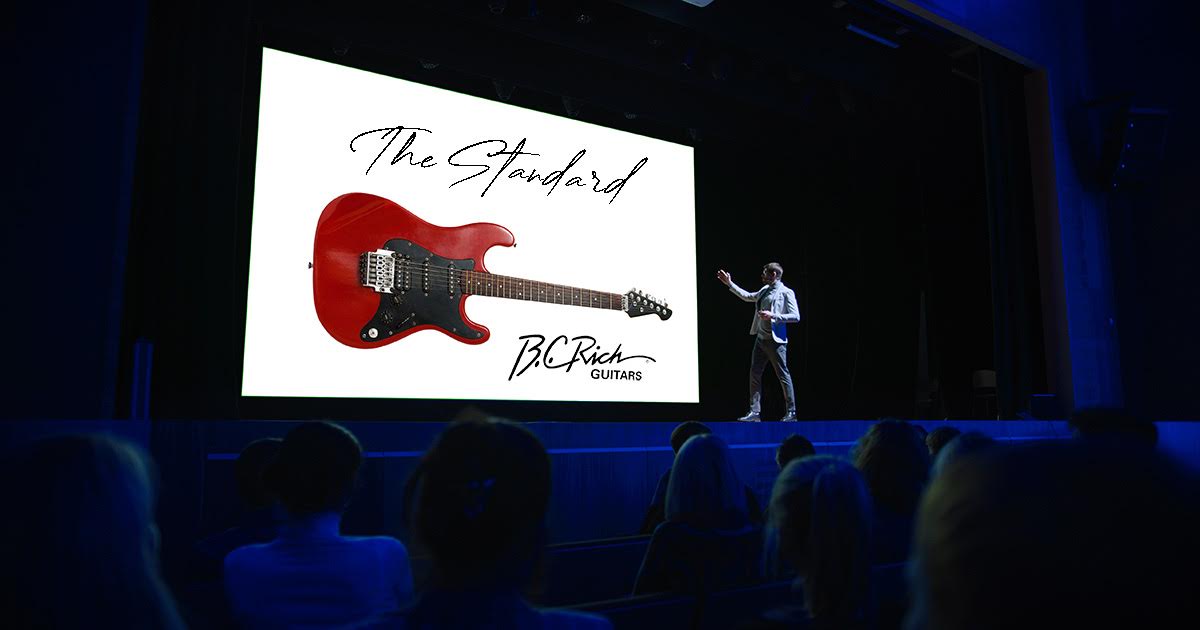 “To our customers and fans of rad-looking guitars around the world, we are deeply deeply sorry,” said CEO William Xavier. “The failure to add random pointy spikes to this guitar fills us with great shame. I want to personally apologize for the guitar’s lack of spider webs, lightning bolts, or tribal designs. We are recalling each unit and they will be destroyed and burned to ash so none of the pieces can be used again. We promise the next model we release will be so sharp you could cut a raw steak with it.”

Xavier’s comments came after a video of the new guitar, dubbed “The Standard” being released at this year’s NAMM conference went viral.

“As soon as I saw that completely normal hunk of crap my heart sank,” said longtime customer Sam Malinowski, guitarist of glam rock band Viscous Licks. “I threw my beer and started booing when I saw there wasn’t a single skull fretboard inlay or aggressive spur. I felt so betrayed. I’d rather cut my own fingers off than play a solo on that boring, uninspired design. And what’s up with this weird little pickup that looks like half of a regular pickup? Whoever came up with this clearly knows nothing about real music.”

The release comes during a difficult time for the music industry with many of the major brands being forced to apologize for new designs that insulted their fan base, such as Gibson’s infamous “Les Paul for Less than $12,000” or Line6’s new “Reasonable” amp setting.

“I can’t say I’m surprised by the reaction,” said UCLA Musicology Professor Shannon Hall, author of “It’s Like My Dick is Really Loud: Patriarchy, Iran/Contra, and the Rise of Hair Metal Guitar.” “For generations, American men have associated weird pointy guitars with virility and edgy style. But as the guitar has lost it’s stranglehold on the imaginations of young American men, the instrument has been taken over by emasculated and threatening forces like indie or even jazz. For those looking for a balls-to-the-fucking-wall image and sound below $400 bucks, B.C. Rich was one of the last safe heavens.”

B.C. Rich hopes to win back customers with their latest design the “Midnight Werewolf Exotic Deluxe,” which will feature absolutely zero symmetry, 15 strings, and a neon purple Floyd Rose Tremolo System and will be released directly to pawn shops this Christmas season.