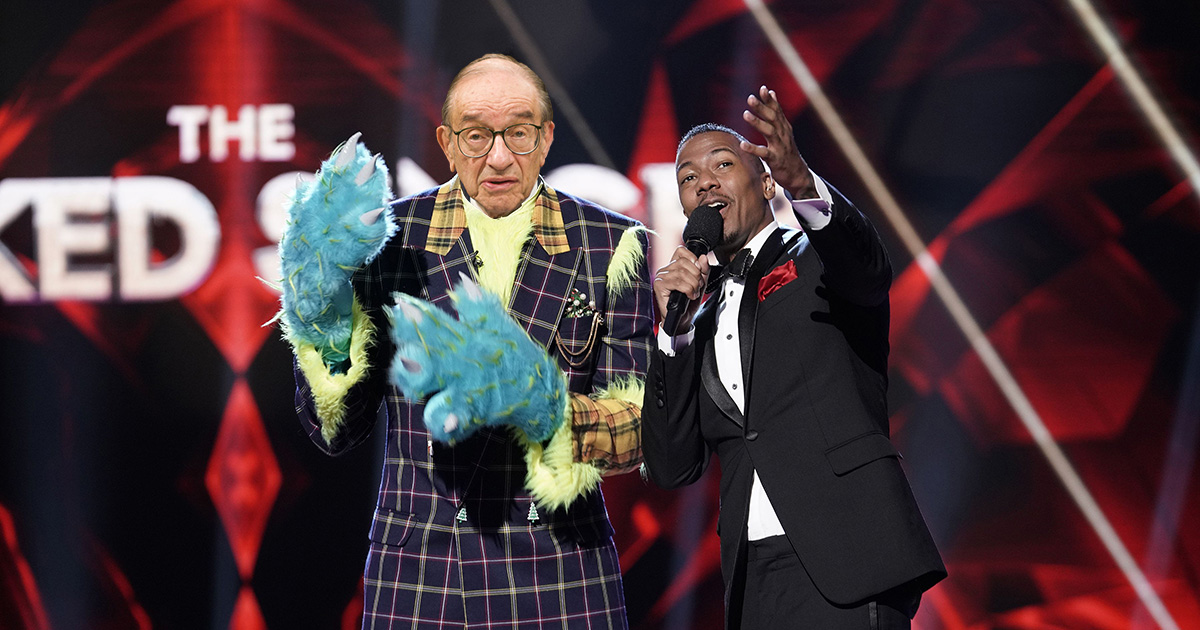 LOS ANGELES — “The Masked Singer” fans were shocked last night when the sassy, playful, incognito contestant Mr. Monster was revealed to be former Chairman of the Federal Reserve Alan Greenspan.

“When the mask came off, you could hear a pin drop — we weren’t stunned by the reveal; we genuinely didn’t know who it was. I mean, most of us are like, 15,” said live audience member Dericia Jones. “Then Nick Cannon screamed, ‘Alan Greenspan!’ and after a few more moments of awkward silence added, ‘You know, former Federal Reserve Chairman.’ We all then politely clapped, hoping we could simply move on.”

“I read up a little bit on this guy recently, and I’m not sure what’s worse: that his policies caused the 2008 recession, or his rendition of ‘Poison’ by Bell Biv Devoe,” Jones added.

Judge Ken Jeong was equally surprised by the “weird, even by this dumb show’s standards” contestant choice.

“Our original guesses of who Mr. Monster was were way off base. Jenny McCarthy guessed Dennis Franz. I said Greg Louganis, which I thought was pretty left field. In hindsight, we probably should have picked up on the fact that the contestant was a 94-year-old man when he sang, ‘Don’t Sit Under the Apple Tree’ by the Andrews Sisters,” said Jeong. “And at one point, Mr. Monster had Bill Clinton come out in a possum costume to accompany him on sax. I suppose that’s a dead giveaway, if you want to ‘Monday morning, armchair quarterback’ it.”

Despite the mixed reaction, Greenspan called his time on “The Masked Singer” a “once in a lifetime” experience.

“I always used to say being awarded the Presidential Medal of Freedom was perhaps the greatest thrill of my life. But that piece of tin is absolutely nothing compared to belting out Heart’s ‘Crazy on You’ with a sequined octopus,” said Greenspan. “It was also great to meet Robin Thicke — that right there is truly a once-in-a-lifetime thing.”

Fans speculated wildly following the shocking reveal, with the most popular theory being that the Sexy Ice Cream Cone “has to be” either Jonathan Taylor Thomas or former Secretary of Defense Donald Rumsfeld.