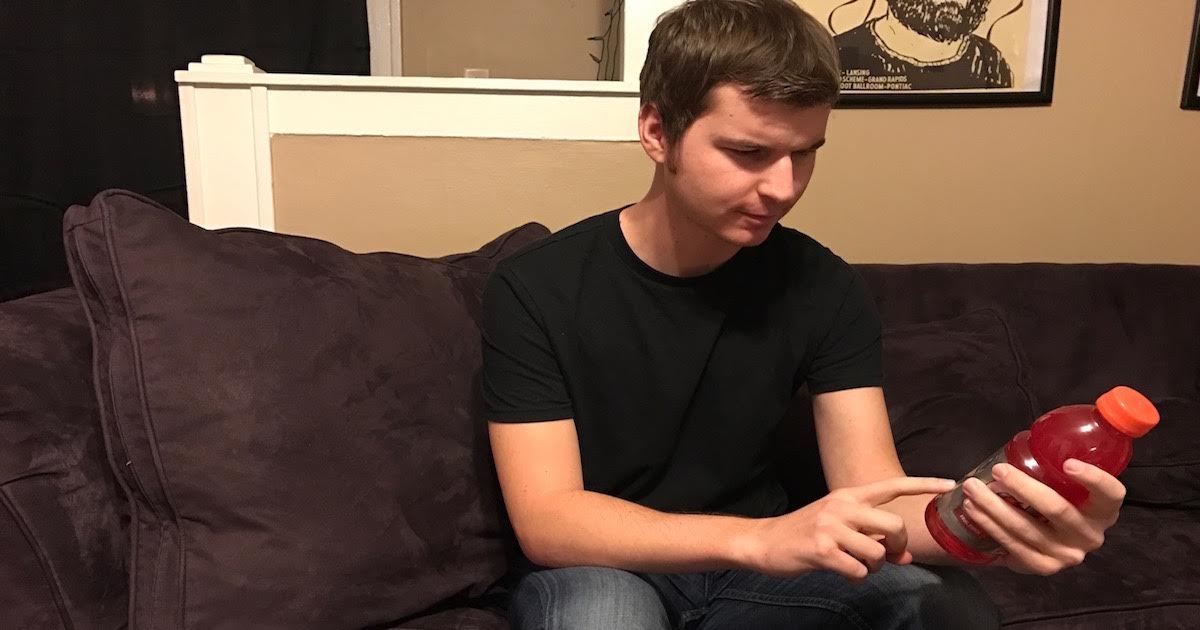 PORTLAND, Maine — A series of simple misunderstandings in conversations with his astrologist girlfriend has led local man Richard Witte to believe there is mercury in Gatorade, according to concerned family and friends.

Astrologist Kait Valens explained the alignment of the stars and how that could affect Witte in the new year during a routine reading for her boyfriend of four months, but due to a complete lack of comprehension on the matter, sources close to Witte say he is now avoiding the popular sports drink.

“I tried to explain it to him, but he just zones out every time I try to talk about the cosmos,” said Valens. “He’s been looking at WebMD all day because he drank a bottle of Gatorade after a soccer game last week and now he thinks he is poisoned.”

Witte announced he would be boycotting Pepsi Cola, the bottling company which owns Gatorade, and urged his friends to do the same.

“When I first learned everyone’s shitty mood was caused by mercury In Gatorade, I was like, ‘Well, fuck — I love Gatorade and I’ve been drinking it for years. Why has nobody told me?’” read one of Witte’s long-winded Facebook speeches. “But now I know it’s part of a global conspiracy bent on mind control of the masses!”

“At first it was kind of endearing that he wanted to take an interest in my work, but it’s become apparent he just hears what he wants to hear,” said Valens, clutching a hematite crystal. “The other day he asked if I wanted to raise Capricorns on a farm someday, and he wanted to know how we’ll afford ‘these 12 Houses I keep talking about.’ Dude doesn’t absorb anything.”

Despite his lack of understanding, Witte’s newfound enthusiasm for astrology and internet activism remains unfazed. His Facebook event, “Boycott Gatorade: No More Mercury 2017!!!!” has 14 confirmed guests, with a whopping 753 people “interested.” No time or venue has been announced or is expected.

A spokesperson for Gatorade stated that the company will not be acknowledging the boycott, and refused to confirm or deny whether Gatorade contains the highly toxic heavy metal. “People research things before boycotting or sharing unfounded accusations, I would hope,” the spokesperson said.