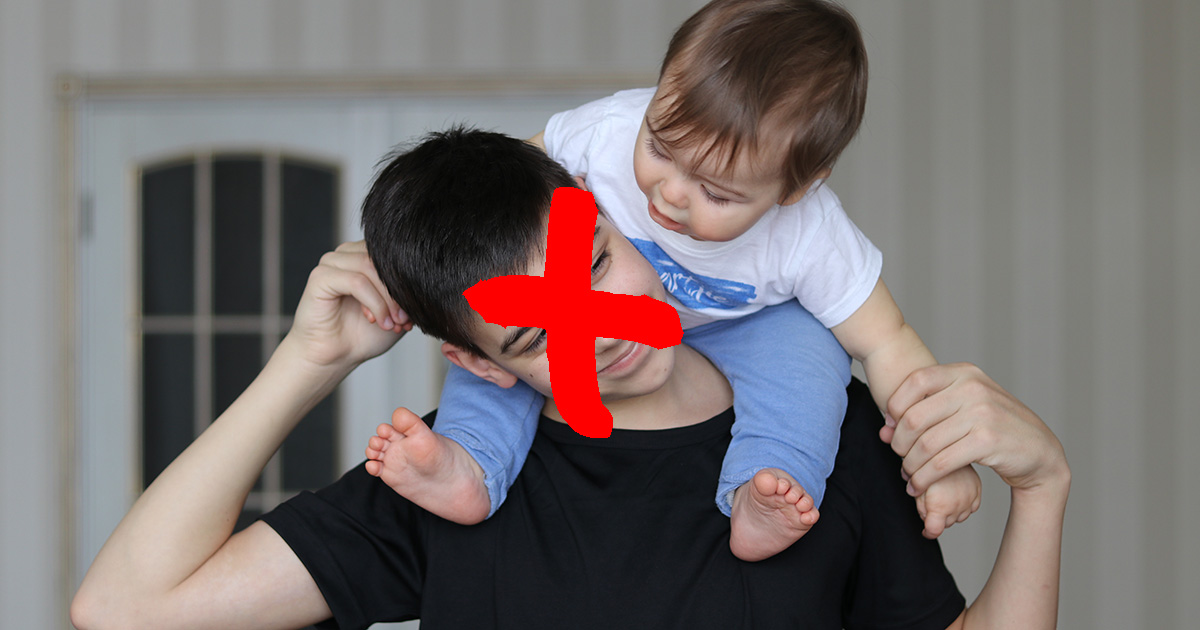 “Ayden is very excited for this opportunity,” explained Dane Wittle of their 26-month-old son. “He’s wanted to be the big boy for so long now — just the other day, he climbed up and stood on the kitchen counter all by himself. We look forward to seeing what Ayden brings to the position of oldest child while maintaining his younger-child responsibilities. Long-term, while adjusting to the pressures of multiple, simultaneous school grades might be a challenge, we’re sure Ayden will apply the same level of determination he’s currently demonstrating with potty training.”

Health experts say Ayden is just part of a growing number of children whose parents shun vaccination and would rather expose them to deadly diseases rather than learning to love a child who theoretically may “develop” autism — a claim repeatedly debunked by scientists worldwide.

“I guess he’s my best friend now,” remarked Brandon Malone, 13. “I’m not sure how much me and Ayden are gonna have in common. I mean, I like skateboarding, and Ayden only seems interested in fitting shapes into shape-shaped holes. I don’t even think Ayden knows he has a girlfriend yet… or a boyfriend, for that matter. Man, I miss Chris. At least I get to keep his stuff until Ayden is old enough for it, if he makes it that far.”

Doctors are concerned that widespread anti-vaccination efforts could have grim repercussions for public health, and encourage parents to not be “such stupid little dipshits.”

“I guess my 30 years of medical experience is overruled by a YouTube video with 3,000 views,” lamented epidemiologist Dr. Meredith Mercidieu. “I can’t believe these people think they’re scientific authorities — one anti-vaxxer patient of mine thinks you can’t pregnant if you just pee hard enough after sex, and another thinks you can avoid polio by rubbing tomatoes on your legs.”

“The best I’ve come up with is to diagnose them all with epilepsy. I know it’s a lie, but at least they won’t be able to drive anymore,” she added. “Can’t spread the virus if you can’t go anywhere. They all live in the suburbs, so you know they won’t walk anywhere.”

At press time, Ayden Wittle had developed a cough, signaling a possible career opportunity for the family dog.