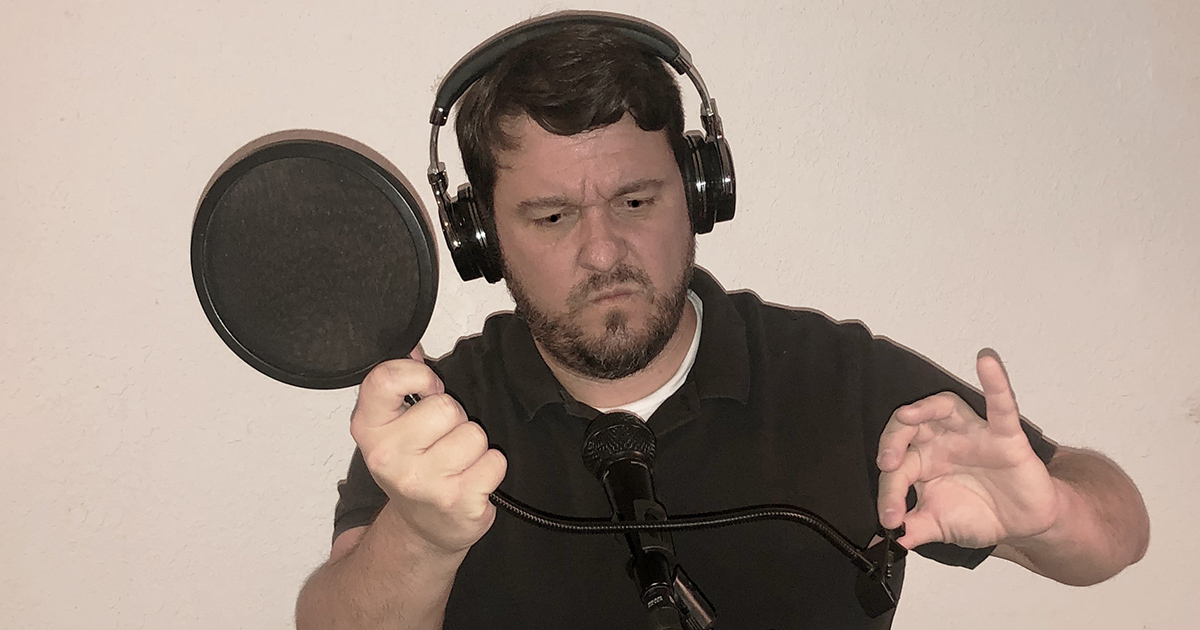 “This whole thing is getting ridiculous,” McGill said, sending flecks of spittle flying through the air. “There is absolutely no evidence I choose to agree with that proves pop filters even do anything. It’s crazy how many brainwashed people I see complying with the rules of basic recording, just because of something they read on a Gearslutz thread. If God wanted us to neuter our consonants, we’d be born with windscreens over our mouths. Besides, it’s emasculating — when I sing, ‘Impale me on your love sword, baby,’ it can’t be filtered through some wussy piece of pantyhose. I want my fans to feel the full force of my rock… even if they have to replace their speakers afterward.”

Attempts to reason with McGill were ultimately unsuccessful.

“It was pretty much impossible to convince him that the pop filter was not only harmless, but important,” said studio engineer Erin Carmowner. “I almost got through to him by comparing it to the way unwanted light gets filtered out by his wraparound sunglasses. But when I explained that plosives can actually damage my expensive ribbon mics, he got really flustered and took out his phone to start filming me. Thankfully, he couldn’t press record because his screen was so cracked. He must not believe in phone cases, either.”

Despite overwhelming evidence of their effectiveness, the anti-pop filter movement has gained support through Facebook groups and online tutorial videos.

“The media wants you to believe this is a much bigger problem than it really is,” said YouTuber Dylan Cagle. “I mean, statistically, not that many words even have ‘P’ sounds. But hey, if I pop, I pop. It beats the alternative of living in fear. I just wish people would do their own research instead of blindly following instructions. Be sure to like and subscribe, and leave a comment if you agree.”

At press time, studio engineers had placated McGill by letting him sing through an SM-58.