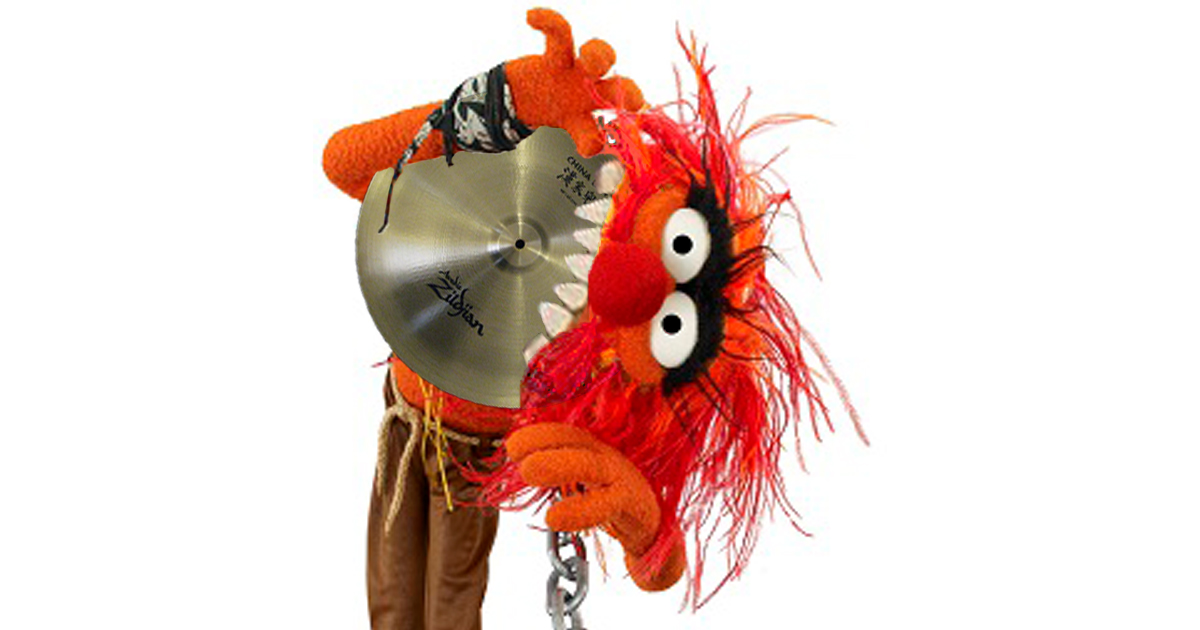 “When you think of the Mount Rushmore of drummers, you think Bonham, Peart, Moon, and of course, Animal. We are so excited to have Animal join the Zildjian team,” said Zildjian CEO Craigie Zildjian at a press conference this morning. “Our cymbals not only have an unmatchable sound, they also have an unmatchable taste that Animal has always preferred over our competition. The Zildjian alloy recipe dates back 14 generations in my family, and Animal is really the first person to appreciate the full use of our product.”

For his part, Animal was equally excited about the opportunity to partner with one of the most recognizable names in the percussion industry.

Many drummers sponsored by Zildjian cited Animal as an early influence, including Questlove, of the Roots.

“There is only one Animal: a lot of drummers have had a wild style, but none of them were covered in hair like Animal, none of them were willing to use their head as a drumstick like Animal, and none of them continued to play their kit while completely engulfed in flames like Animal,” said Questlove. “When I was growing up, I had a couple of chipped teeth from trying to eat my cymbals like him. I always tried to imitate what he was doing because he’s always pushing the limits, but nobody can match his speed and the power of his jaw.”

Animal will be signing cymbals at a charity event this Friday to raise money for his bandmate Dr. Teeth, who was recently diagnosed with an aggressive form of mouth cancer linked to carcinogens in the gold records he melted down to create his chompers.