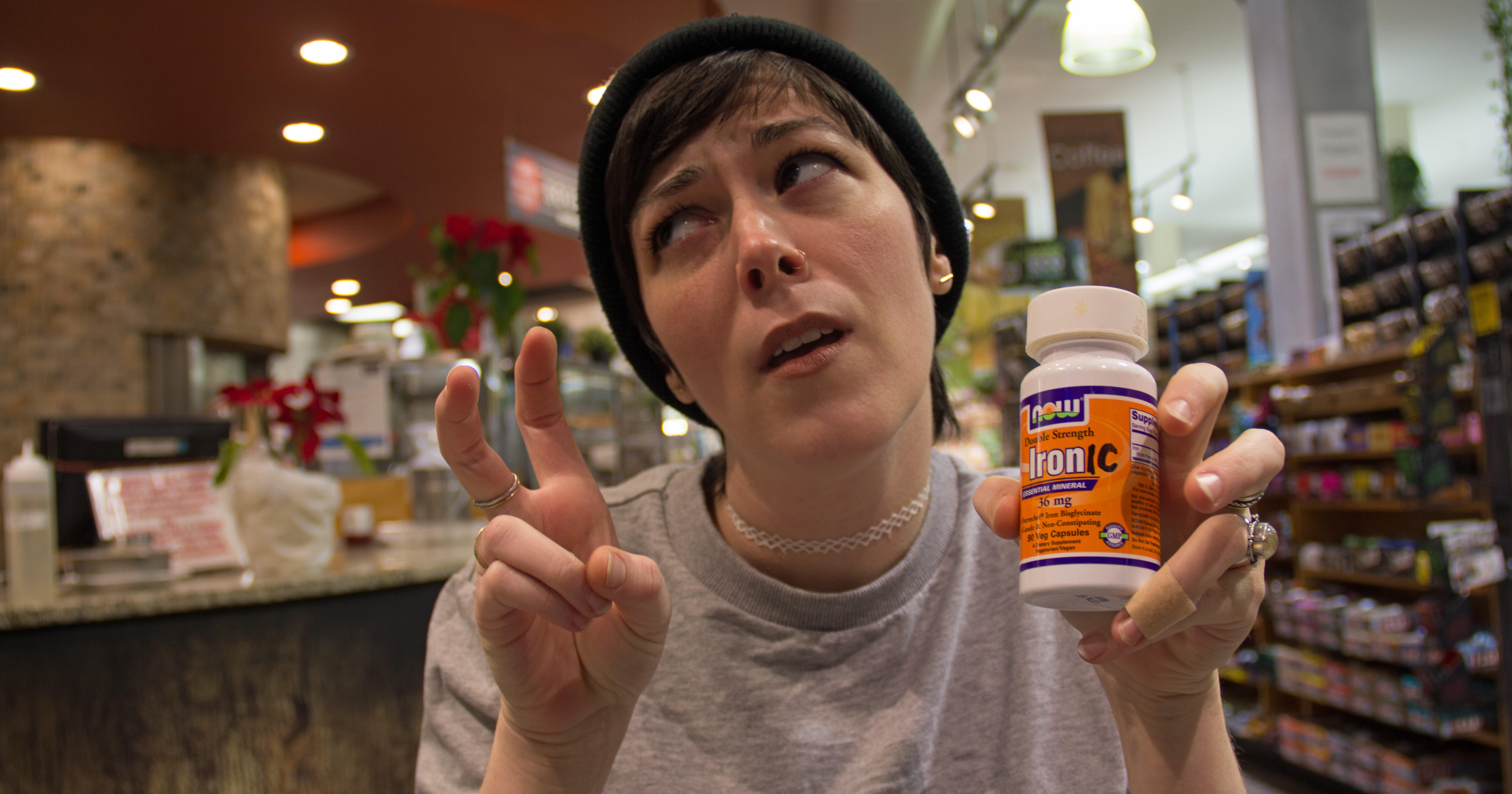 “She wasn’t always anemic,” said “frienemy” Guthrie Jacobs. “She used to eat enough red meat to keep all of Highland Park in an iron surplus. But after going vegan, she started taking these fake iron supplements as a goof. It was honestly pretty dank… I kinda hate her for it.”

“There’s no question that part of the joke for Devin was getting the pills from someone named Dr. Boner,” said Dr. Boner. “I take offense to my supplements being slandered as ‘fake’ or ‘ironic.’ Each capsule is opened, bathed in lavender water, and sung to sleep by children under the age of five. From there, I personally whisper, ‘You are iron’ into the capsule, until it truly is. If Devin became anemic, that’s on her and her chakras — not me.”

While her supplement use has stayed consistent over the past six months, Davies’ diet has not, likely exacerbating her anemia.

“Giving up all red meat and dairy is definitely not what caused her to become anemic,” said Salinger Williams, Davies’ favorite/least favorite barista, depending on the day. “I’ve been vegan for two weeks, and I’m not anemic. Devin isn’t big into eating vegetables or beans — she basically subsists on warm ginger water, American Spirits, and those joke pills. You gotta give her credit for that, though. I mean, I guess. How am I supposed to feel?”

At press time, Davies was too weak to comment.