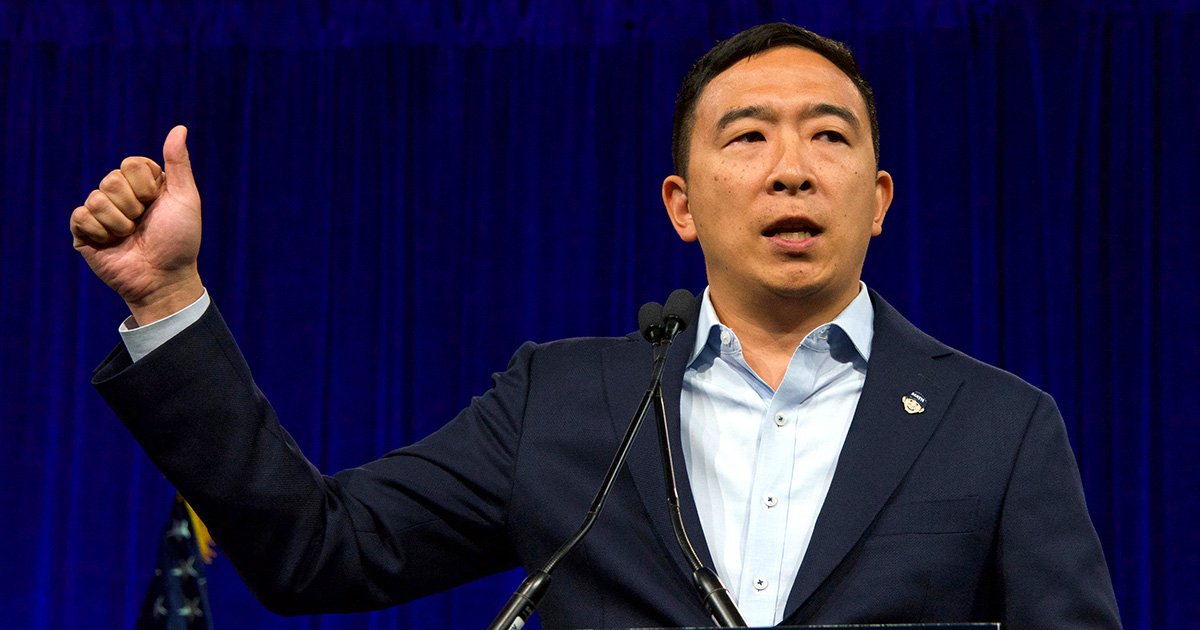 “I want every artist across America to feel well-compensated for their work, and there is no better way to do that than exposure,” said Yang during a brief break from verbally berating Boston Dynamics’ latest robot. “Because of lack of opportunity, it won’t be long before we experience a dramatic decrease in live, human-fronted bands as festival slots are increasingly given to entirely automated artists — like latter-day Coldplay.”

“We must ensure every band in America gets a minimum level of exposure before it’s too late, and Imagine Dragons releases a new album, or mixtape, or whatever the shit,” Yang added.

Yang repeatedly claimed exposure is “just as good as cash” and is ultimately more important for smaller bands hoping to “totally blow up” than any financial rewards. But some musicians remain skeptical.

“Yang promised tons of promoters at every show and that he will personally attend every concert, but I think I’d probably prefer to pay my rent and eat twice a day,” said Jenny Block, lead guitarist of the small-time punk band Toe Crust. “Well, unless Yang can get the guy in charge of Warped Tour booking to be at our next gig. They haven’t announced this year’s lineup yet, right? Seems like they’re really taking their time.”

Even if Yang does manage to convince a majority of bands, he’s likely to find resistance among the many venue owners who believe band exposure should be left to the free market.

“When the Constitution was written, it was assumed Capitalism would naturally determine which bands were deserving of people at their shows. America was founded on venues keeping 90% of artist ticket sales. Jesus, read a book,” said Sleazy Dave, the owner of local punk venue Moon Palace. “Yang would turn the scene into a welfare state where venues are forced to subsidize audiences for lazy, freeloading bands. Can you imagine? Thomas Jefferson is probably rolling in his grave.”