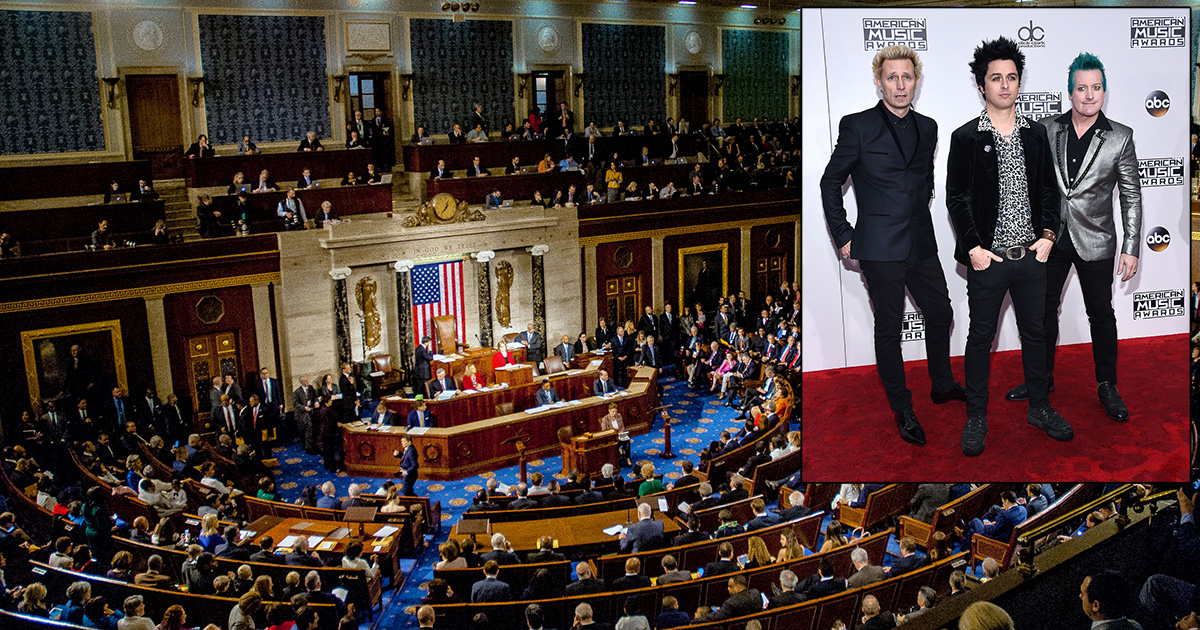 “For too long, the American people have enjoyed Green Day among family and friends, only to be mocked when mentioning Green Day to so-called real punks,” noted Gaetz. “This amendment will affirm Green Day’s God-given status as America’s greatest punk band. The American people sent me and President Trump to Washington to represent their values, and real Americans deserve to be able to listen to ‘Good Riddance’ without being called posers. Thanks to this amendment, and President Trump, we will reclaim punk for real America and no longer have people make snide remarks about liking ‘Warning.’”

“Look, don’t get me wrong. ‘Dookie’ still slaps, but this is a complete waste of time,” reported Rep. Alexandria Ocasio-Cortez (D-NY). “Florida is best known for its bad metalcore scene in the early 2000s, and my colleague’s amendment just proves his state really shouldn’t be setting music policy. I’m not going to claim to be an expert, but the government determining whether or not a band is punk is about the least punk thing I can think of besides Yellowcard, who I might add, is also from Florida. Besides, that Bay Area stuff can’t hold a candle to what was happening in D.C. or the New York Hardcore scene then.”

Asked to comment on becoming the latest political third rail, Green Day released a statement through a spokesperson.

“Green Day hopes that Congress can come together and pass a bill that helps the American people during this crisis,” stated spokesperson Chris Rudnick. “While the band appreciates their support in Washington and admit it would be nice to put this debate to bed once and for all, that’s not important right now. Green Day wants the best for the American people, like any punk band does, and they don’t need a bill to prove it. That being said, they aren’t opposed to the amendment. In theory at least.”

While Gaetz’s amendment has been tabled, members did censure Foss by unanimous consent.