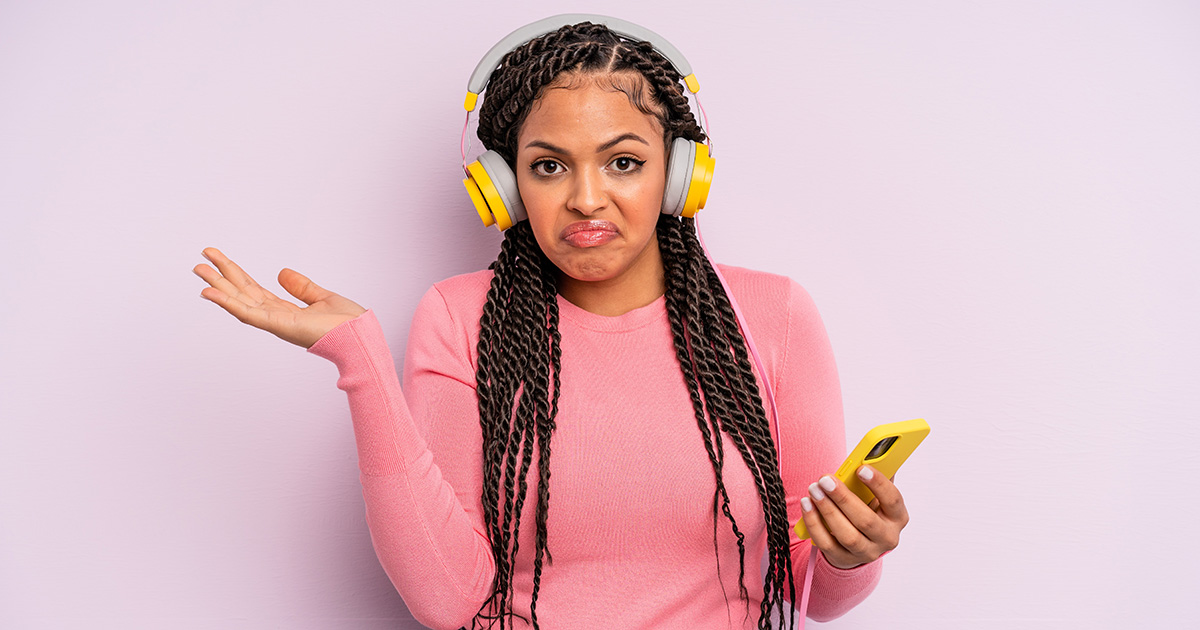 SACRAMENTO, Calif. – A new album by melodic metal band Die Versity was described as “intriguing but unfocused,” by Rachel Pompey, a music fan with a tendency to accidentally leave the shuffle function on, sources close to the situation confirmed.

“People kept talking about how amazing this album supposedly is, and there are some really good songs on it for sure,” said Pompey, somewhat self-righteously. “But it has some serious pacing problems. Like, it opens with this short piano ballad that sounds like a reprise of this grandiose 8-minute track that comes immediately after. And then track three feels like it was supposed to be the opener since it starts with this drum roll that gradually gets louder before the guitars come in. If they were trying something different with the sequencing, it didn’t work.”

Jacquelyn Blois, a friend of Pompey’s who recommended the album, says this is a frustratingly common occurrence.

“I remember talking to Rachel after she listened to ‘The Velvet Underground & Nico’ for the first time and she said she didn’t get why they started with ‘Run, Run, Run’ when ‘Sunday Morning’ would’ve worked way better,” said a beleaguered Blois. “I explained what happened to her and she understood, but then a few days later she said how ‘Only Shallow’ was her new favorite closing track of all time, so I just stopped bringing it up and hoped she would figure it out on her own.”

Danette Neale, a musicologist and professor at Berklee College of Music, says “accidental album shuffle” is an issue that has become increasingly common for modern music consumers.

“Back when people exclusively listened to albums on physical media, there was pretty much no chance for confusion about what the track order was,” said Neale while flipping through their vintage LP collection. “But now, you could be more than halfway through an album before you even realize something is wrong. And then you have to decide if you want to start over right there or just try again later. As if streaming hadn’t ruined things enough.”

At press time, Pompey mentioned how a novel she recently picked back up after a four-month break had a totally muddled plot.