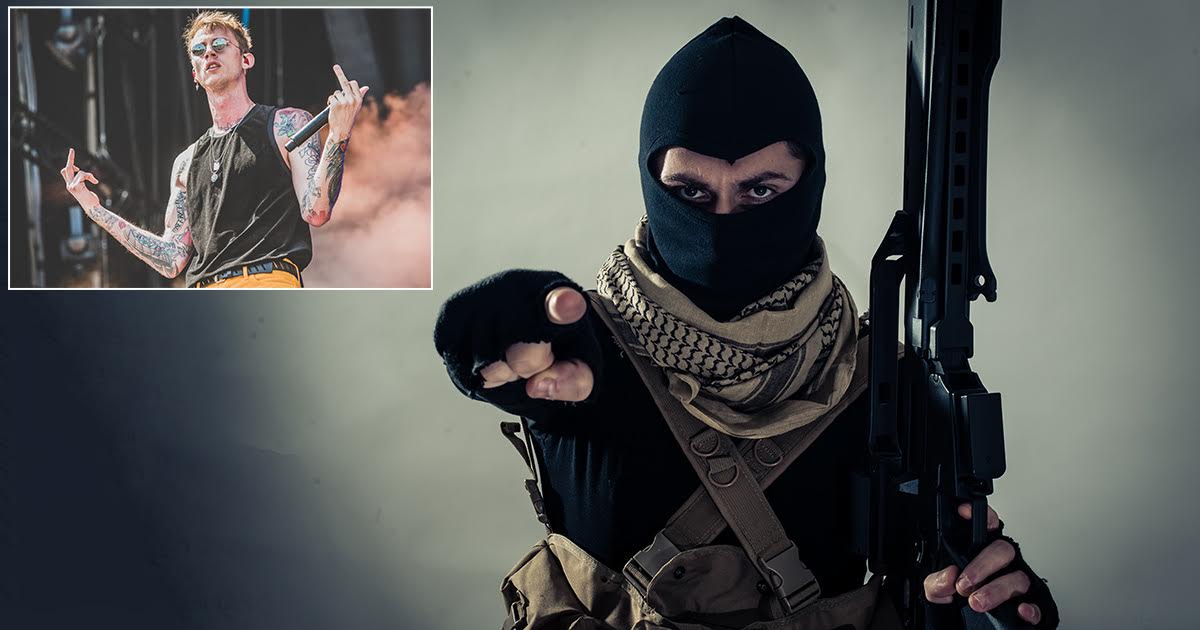 DERA ISMAIL KHAN SUBDIVISION, Pakistan – Militant extremist group Al-Qaeda, the terrorist cell responsible for the 9/11 attacks, claimed to be the forces behind musician Machine Gun Kelly’s rise to stardom, their leader said in a statement.

“This is the beginning of a new chapter in our quest to destroy the Western world. America thought it could bring an end to our organization, but we were in the shadows growing stronger and we can finally reveal that we created the wave of terror caused by the music and existence of Machine Gun Kelly,” said Ayman al-Zawahiri, leader of Al-Qaeda and avowed pop-punk fan. “His shitty music is inescapable. His pig face appears everywhere from tabloids to music websites and local news. And his hollow voice will crumble the systems and pillars of the American foundation. 9/11 was merely the preview of what was to come. If you thought MGK’s collab with Willow was bad, wait until you hear what we have brewing with Asher Roth.”

Serious music enthusiasts have been hit particularly hard by this diabolical act of terrorism.

“It’s absolutely sickening to think that something this heinous can happen on American soil,” stated a devastated Devin Long, who is considering enlisting in the military to fight against terrorism. “I went to pick up my pre-ordered vinyl copy of Pavement’s ‘Terror Twilight’ reissue from Amoeba Records and Machine Gun Kelly was blaring over the sound system. I would gladly sacrifice most of my freedoms if it meant the USA’s intelligence community could prevent this fucking nightmare from continuing. The most worrisome part is that his lyrics seem to be written by an AI program and it’s troubling to think Al-Qaeda has access to that sort of technology.”

The Department of Homeland Security scrambled to contain the threat, although they admit their efforts haven’t yet proven fruitful.

“Unfortunately, Al-Qaeda picked the perfect time to strike — Gen Z is just young enough to be totally engrossed by basic, formulaic pop-punk tactics, so we can’t prevent the MGK virus from spreading currently,” admitted John Tien, Deputy Secretary of Homeland Security. “We ask that the American people resume quarantining immediately, and make no mistake — Machine Gun Kelly is far more dangerous to your health than COVID or conventional acts of terrorism. We are so, so sorry that we were not prepared for pain like this.”

al-Zawahiri further threatened that if the USA did not remove all military from the Middle East, Al-Qaeda will put its full force behind Jonny Craig’s hip hop career.