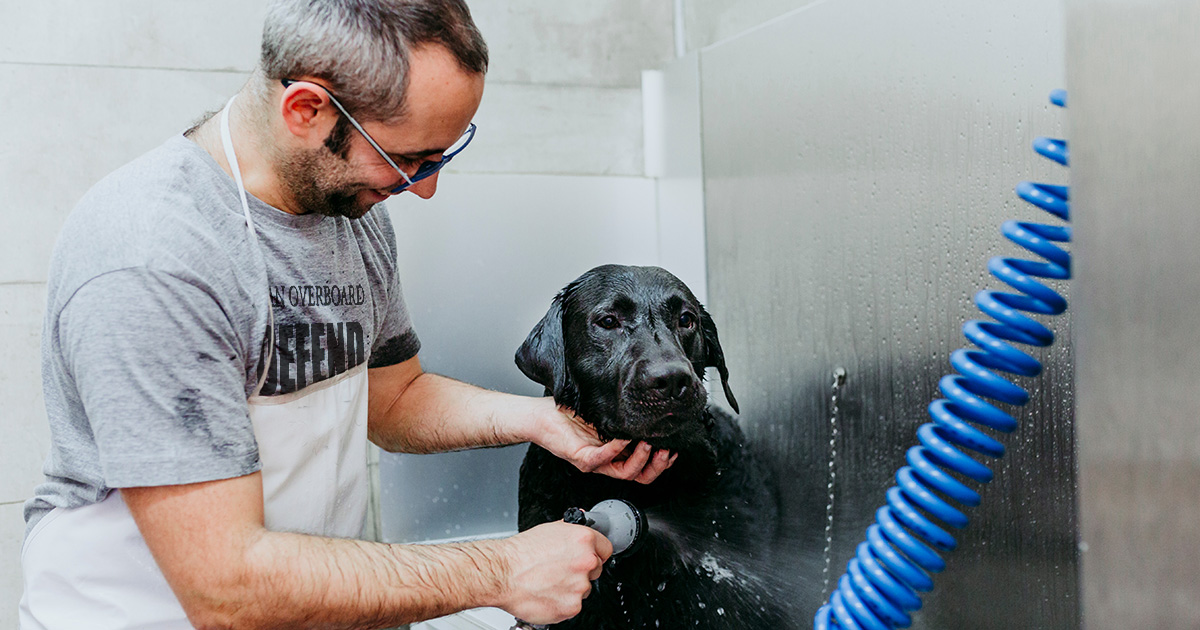 ALLENTOWN, Pa. — Aging former Warped Tour musician Brent Storm sold his van and is now working for a local PetCo as a freelance pet groomer, sources who wouldn’t put anything past him confirmed.

“Grooming is a process that comes naturally to me,” said Storm. “Every once in a while you get a client that isn’t a perfect fit for you, but you can still manipulate the situation in your favor if you know what you’re doing. Sometimes you need to use treats or sing a song to convince them you’re on their side. It’s that personal touch that really helps you finish the job, especially with the younger pups.”

Impressed by Storm’s work ethic and uncanny grooming abilities, PetCo supervisor Felicia Stevenson had only positive things to say about his vocational 180.

“Brent is the best groomer on my team right now, and I wouldn’t trade him for anything,” said Stevenson. “Sure, he has a little bit of a body odor problem, and his unplugged ear lobes flap around like a pug’s prolapsed asshole, but he’s detailed and has a fast turnaround. If you ignore the FUCK RUMPUS tattoo he has on the front of his neck, he is a model employee by any measure.”

Storm’s former bandmate, Kris Davies, was not convinced that the frontman had changed, saying she believes he is “the same creep that drove me out of their band in the first place.”

“OK, so maybe he’s not huffing whippets behind the fairground Porta Potties with scene kids the same age as his nephew anymore, but when you think about it, expressing a poodle’s anal gland is still exerting power over someone, which is probably why he enjoys his new job so much,” Davies said. “To him, it’s the same thing as buying an underage girl beer during a Taking Back Sunday set. Fortunately, most of the local shows he plays these days are 21+, but if he gets booked at an all-ages show, I’d hope the entire scene is keeping an eye on him.”

At press time, Storm was seen leaving his place of employment to assist with an early load-in for his part-time gig at Chuck E. Cheese.