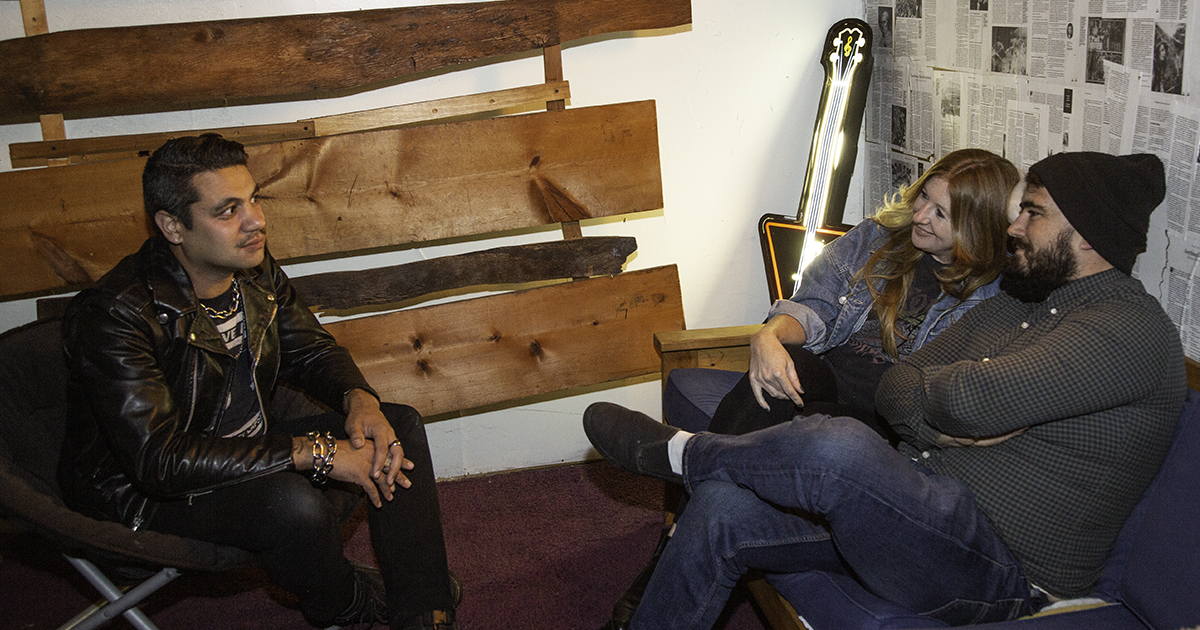 BOSTON — 34-year-old Ryan Conway was seemingly unaware that the similarly aged couple he was talking with throughout the night were just there to chaperone their teenage daughter and friends, confirmed multiple show attendees who were confused by all the old people there.

“I don’t get into the pit these days, so I tried to find somewhere behind the action. It was lonely back there so I cozied up to a friendly couple sitting on the couch near the bar,” said Conway. “They were really nice, but it was kind of odd. They didn’t seem to know much about the band at all and every five minutes or so one of them would just randomly take out their phone and start recording the show for like four seconds then just stop. They were both pretty cool though, they told me they just leased a new Subaru that has really nice all-weather tires.”

The couple, Dianne and Arthur Clifford, had nothing but nice things to say about their new show friend.

“Ryan was such a sweetheart! He came over to say hello, probably spotting the few fellow old farts at the show,” said Diane Clifford, who decided to drive 15 minutes down the street to use the Stop & Shop bathroom instead of the venue’s facilities. “We have so much in common. He’s been binging ‘Bridgerton’ and he had also taken a nap before the show. Not to mention he said his stomach is more sensitive to dairy now, and I’ve been feeling the same way. I didn’t see his kid anywhere though, but it was nice to see at least one other parent in the crowd, I hope he had fun.”

Kenny Balzanowiz was working the bar that night and spotted Conway just after the encounter.

“I’ve known Ryan for years and I know things have been tough for him. Most people he used to come to shows with have gotten married and moved to the suburbs, but he still comes to shows a few nights a week,” said Balzanowiz. “This is the third time I’ve seen him gravitate straight to parents who are just here to make sure their kids are safe. I don’t have the heart to tell him he was chatting with normies, because I really think they connected.”

At the time of press, Conway was hospitalized after being attacked by a small pack of coyotes that he mistakenly thought would want to split a late-night roast beef sandwich with him.