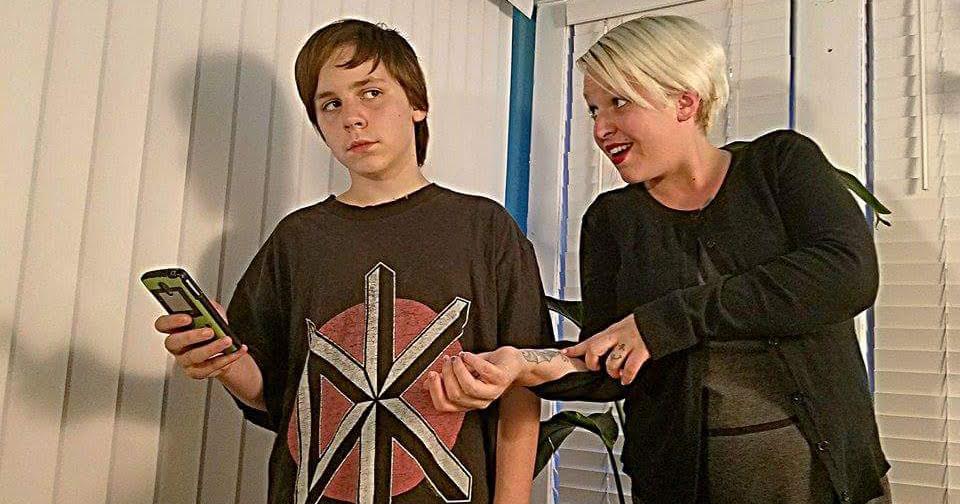 “We were at my Uncle Mike’s place to celebrate his retirement from the police force and then suddenly Scott showed up wearing that shirt and I don’t really know why but I just immediately felt like I needed him to like me,” said the 35-year-old woman with a career and a mortgage. “So weird, this has never happened to me before.”

Determined to assert her position as “the original punk one” of the family, Walton embarked on a 90-minute attempt to impress the seventh grader, complete with tales of getting “super wasted,” and a loud recalling of the time she was pretty sure she sat a few rows back from Jello Biafra on a plane.

“He seemed nonplussed, but I could tell he knew I was the real deal,” said Walton, who has a credit score of 810. “When a Cometbus reference went completely over the kid’s head I realized he was the irrelevant one. The asshole has probably never picked up a zine in his life, let alone do some tape trades with random dudes from Germany.”

After extended probing, Walton admitted she started to feel bad about her cousins perceived lack of punk credentials.

“I’m not calling him a poser or anything, I mean he is just a kid,” said Walton. “I’m just saying that the shirt was definitely brand new, probably ordered off the internet or something.”

“I can’t be the only one who noticed that crease down the front, right?” she added. “I bet his mom — Stacey, standing right over there by the BBQ — irons that shit for him.”

Walton’s expansive knowledge of everything punk certainly left an impression on the young boy, who missed a Little League game in order to attend the dinner.

“That lady was weird,” Burgess recalled. “At first I thought it was kinda cool that she was into DK, but by the time she rolled up her sleeve to show off her sparrow tattoo, the whole thing just felt really sad and desperate.”

“I guess that kinda thing happens when you turn, like, 50 or whatever,” he added.