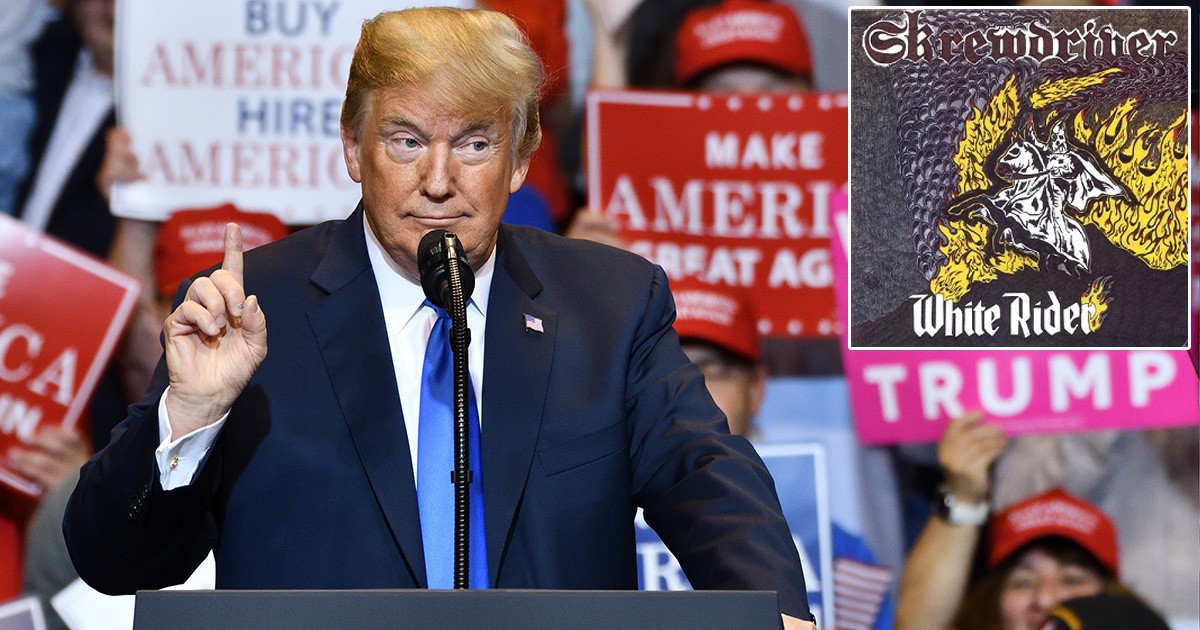 “Skrewdriver! I love Skrewdriver. Now there’s a band the liberal media has treated very unfairly. And ‘White Rider’ is a classic, folks,” said Trump, pausing for massive applause breaks from a small group of attendees passionately supporting the controversial band. “You have maybe one or two tracks that aren’t as catchy, but you also have tracks that are very fine tracks, on both sides!”

“This is the only punk rock you need, believe me. You couldn’t release this today. No way,” Trump added about the overtly racist LP. “The ideological left would chew you up for listening to these great, great songs.”

“Look, the President clearly meant to praise Skrewdriver’s entire white power-era catalog,” attested Grisham. “This administration rejects the views of David Duke, the KKK, and anyone seeking to undermine Donald Trump’s message of unity by endorsing any one track as the anthem of America’s white ethnostate.”

Trump’s Republican allies in Congress have predictably lined up behind their party’s standard-bearer and tastemaker.

“The President’s taste in music is unimpeachable,” said Senate Majority Leader Mitch McConnell. “Furthermore, I fully support his executive order that would ban all song-skipping procedures on Pandora. No exceptions.”

“Skrewdriver? Is this motherfucker serious?” questioned 2020 Democratic challenger and punk scene veteran Beto O’Rourke. “I mean, we all know Trump is racist as fuck, but if he wants to double-down with a nuanced take on problematic ’80s hardcore, he should at least check out Youth Defense League.”

Sources later confirmed the President insisted “White Rider” be played in its entirety at his next rally, and that staffers work to mobilize massive circle pit for the occasion. Those plans were scrapped, however, after discovering most attendees lacked adequate health insurance.