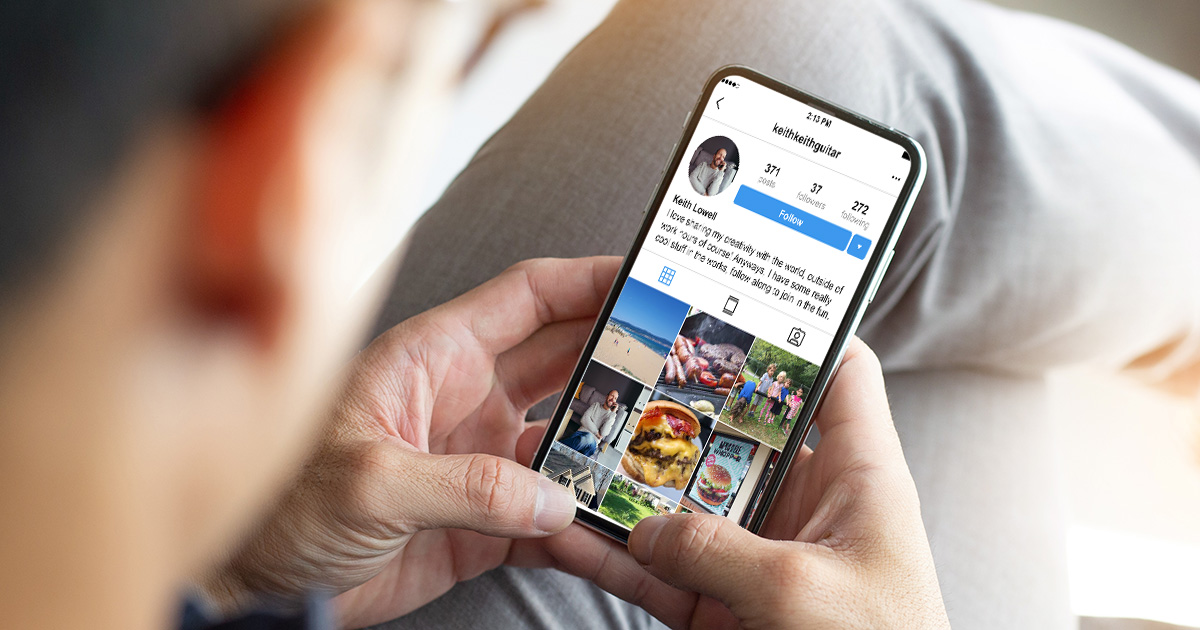 PROVIDENCE, R.I. — Accountant Keith Lowell has the suffix “guitar” at the end of his Instagram handle despite showing no signs nor evidence of having interest in playing music, confused coworkers reported.

“I’m a little late to the social media game, but it’s been very fun to keep my friends up to date with my various projects,” described Lowell, a 49-year-old married father of two who uses the handle @keithkeithguitar despite having not one picture or video featuring him playing an instrument. “I love sharing my creativity with the world, outside of work hours of course! Anyways, I have some really cool stuff in the works, follow along to join in the fun.”

Coworkers at DEI Accounting Services are utterly confused and disturbed by the presence of “guitar” in Lowell’s screen name.

“When I saw the username and pictures, I realized that this is Keith from the legal compliance department; I assumed that he must play guitar on the side and post his work here. Nope,” explained DEI junior accountant Lila Khan. “Not a single song, or selfie video, or picture of a guitar. One pic was rumored to show an acoustic guitar hanging on the wall which would have at least been something. But nope, another angle in the same room revealed it to be a cuckoo clock.”

“Otherwise, it’s mostly photos of his landscaping triumphs, a kid’s middle school basketball game, and a vacation to Ocean City, New Jersey. I’m getting strong serial killer vibes. I will definitely avoid him from now on,” she added.

“People in their 40’s will subconsciously entertain their teenage rockstar fantasies from decades earlier to very depressing results,” explained Dr. Paula Wringer, specialist in adult and elderly psychology. “Under no circumstance should you ask the subject about what guitars they own or what music they like to play—it could have a violent effect similar to waking up a sleepwalker. Just let them live out their story. Eventually, they will forget their password to that account and never sign in again, abandoning the username permanently.”

B.C. Rich Guitars has announced that they are releasing a new Keith Lowell Warlock signature guitar, featuring his customized specs and a grotesque blood-splatter paint job.