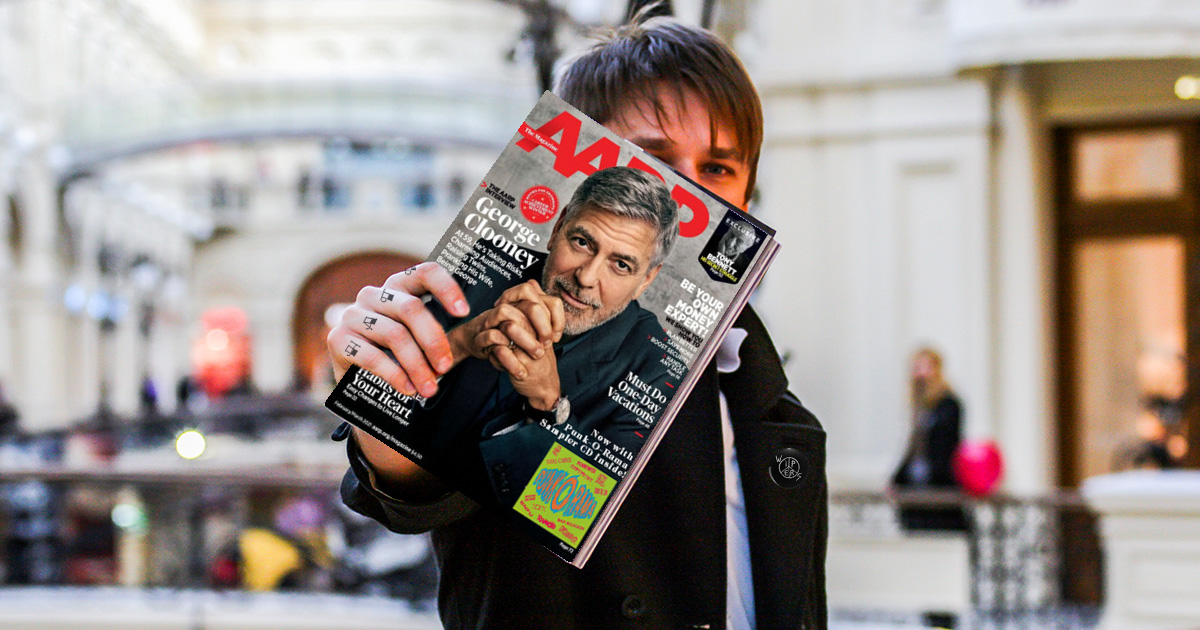 WASHINGTON —The American Association of Retired Persons announced yesterday that their bi-monthly magazine will now come with a copy of the once-popular “Punk-O-Rama” music compilation in an effort to appeal to their newest readers.

“We are trying to broaden our demographic to those who are… shall we say, reaching a certain age, despite denying it at every turn and uninterested in golf or walking tips,” AARP PR representative Tara Mitchell said, holding up the latest issue featuring NOFX’s Fat Mike on the cover. “We reached out to the nice people at Epitaph Records, and they were more than happy to start issuing new volumes of ‘Punk-O-Rama.’ And most of the bands already subscribed to the magazine, so they were excited to be a part of it.”

Fans largely saw this as a sellout move from Epitaph, but nonetheless seemed excited.

“This is such bullshit. Just because I’m nearing 40 doesn’t mean I’m any less punk than I was in my 20s. This is pure pandering,” D.C. punk Lyle Hunter said after receiving a complimentary copy in the mail. “I can’t believe any of these bands would agree to… oh, a new Pennywise track? Bad Religion covers a Nick Cave song? OK, that sounds pretty kick ass. I’m glad I still have my CD player setup. These low-impact knee exercises don’t sound half bad, either.”

Retirement expert Randall Montcrief believes this was a smart move by the AARP.

“Technically, no punk is ever going to have enough money to actually retire, so lists about the best beaches in America are wasted on them,” Montcrief said. “And while their parents’ generation would read an interview with Banacek’s George Peppard, this new crop wants a different kind of nostalgia: they want CDs they bought at Hot Topic with allowance money while thinking they were ‘fighting authority.’ Retirees and punks both like to sit around all day and complain — it’s a perfect match.”

Seattle band Gas Huffer are reuniting to contribute a song and chili recipe for the next issue of the magazine.