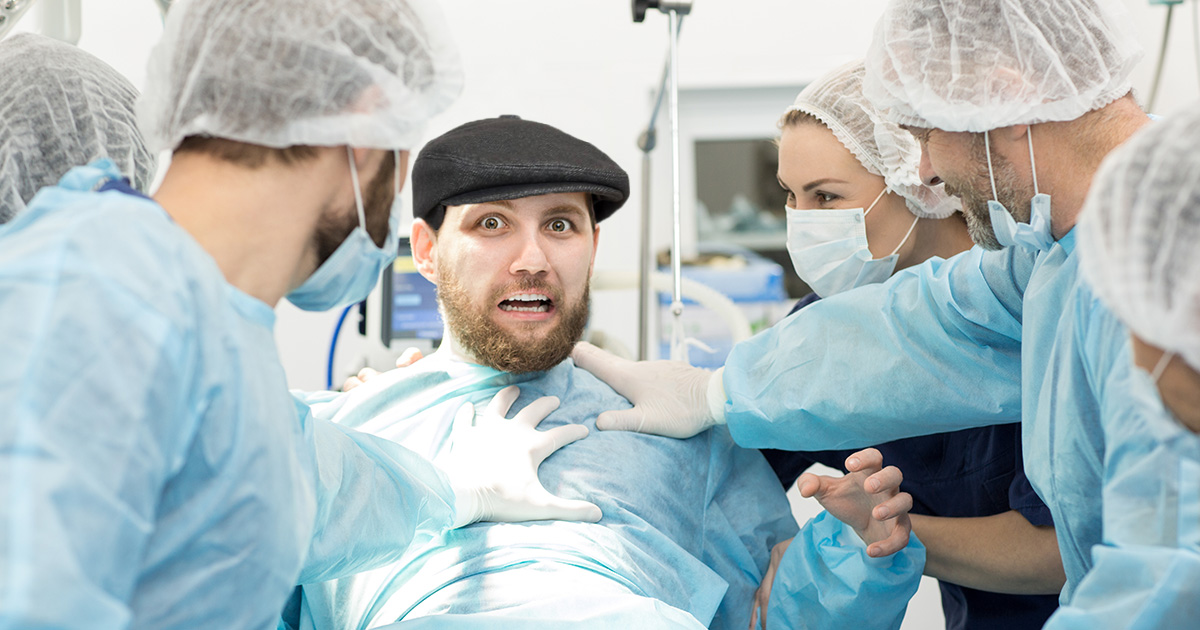 QUINCY, Mass. — Local 30-year-old Danny Sullivan went under the knife this morning for a dangerous operation to remove the seemingly permanent scally cap from his skull.

“I had long, shaggy hair until I was like, 27, and then I had to get a reasonable haircut because it started to thin out. I felt naked, so I started wearing this cap because I thought it made me look kind of tough,” said Sullivan from the recovery room. “At first it was just a fashion statement, but as time went on, I found myself taking it off less and less… to the point I was even wearing it to the gym, in the shower, and to bed. And now, after years of that, it’s basically been bonded to my head by all the accumulated sweat, oil, and dandruff trapped underneath it.”

“This operation is my last chance to live a normal life free of the stigma of perpetually wearing a black, limited edition ‘Boondock Saints’ scally cap,” Sullivan added, fighting back tears.

While Sullivan’s loving girlfriend Jane Schneider is worried about the procedure, she understands the essential nature of the operation.

“If they botch this, he could have a Frankenstein scar all the way around his head, or get scalped, or worse,” Schneider said. “But there’s no way we could stay together otherwise — I can’t make a life with a man forever in a scally cap. Just imagine the wedding pictures: each groomsmen would have had to wear a similar hat, and it’d look like I was marrying the Dropkick Murphy’s road crew. That’s not a life for me.”

“The removal of a scally cap is a rare procedure that brings with it a lot of risks, both during and after the operation,” he said. “However, last year we successfully removed a knit cap from the skull of a 21-year-old, so I felt confident going in that this operation would work as well… though it was complicated by the fact that the hat was not fitted, and instead had an elastic band. Horrific stuff.”

Following his successful procedure, Sullivan was transferred to a rehab facility, where he will begin his transition to a balding, bespectacled man with a buzz cut and perpetual 5 o’clock shadow.