24-Member Party Disappointed In Service At All Night Diner 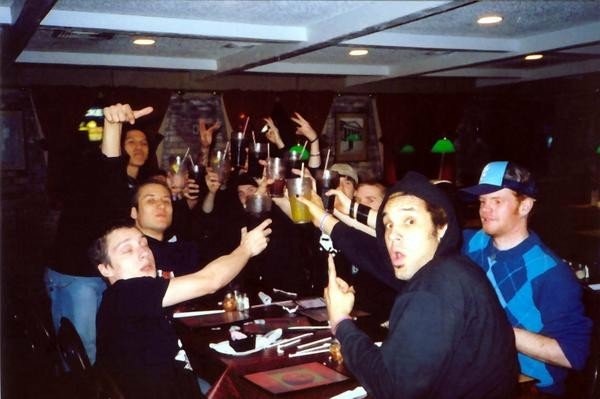 PITTSBURGH — A post-show gathering at local, all-hours eatery Pip’s Diner was marred by subpar service, according to the group of two dozen mostly drunk patrons still gathered outside talking loudly.

Following a show at The Metal Wharf, members of several bands and their friends visited the diner across the street, without informing the restaurant of their impending arrival.

“The host lady got all huffy right when we got here,” said Ty Prescott, drummer for local punk outfit Johnny Cockring. “I was telling her we were gonna have, like, eight people, maybe closer to 30, and then, out of nowhere, she snaps at Dougie and Cooter for moving tables together. She was all like, ‘Please wait to be seated!’ What a dickhead.”

Although the group encompassed the sections of three different servers, local waitress and single mother Abby Denison volunteered to serve the rowdy group of diners by herself.

“Parties like this are the worst, but I needed the money,” she said. “What a disaster. Every time I tried to take an order, someone new came in and asked for a water. And they had the most confusing orders I’ve ever heard in my three years here. Even worse, after they said they were all together, they told me they needed separate checks. One man named ‘Rat’ asked if his mozzarella sticks could be split up evenly 23 ways.”

Displeasure with the dining experience was unanimous, reported Matthew Shannon, guitarist in three of the bands that played earlier in the night and winner of an impromptu wrestling match which took place on top of the parties table.

“Our waitress was a joke,” he said. “She never did end up bringing me honey for my ice water. And she just refused to smile, even after I told her she should. She really was a dickhead.”

While dissatisfied with the staff of Pip’s, Shannon didn’t let that cloud his spirits. “It’s just nice to make some money and be able to grab a bite after the show,” he said. “These kids come out when we play and they are always so generous to us. They’re the ones that put food on our table. We appreciate that so fuckin’ much. For real. Hey, what’s five percent of $6?”