14 Care Reacts on Selfie Hints This Is Memorial Post 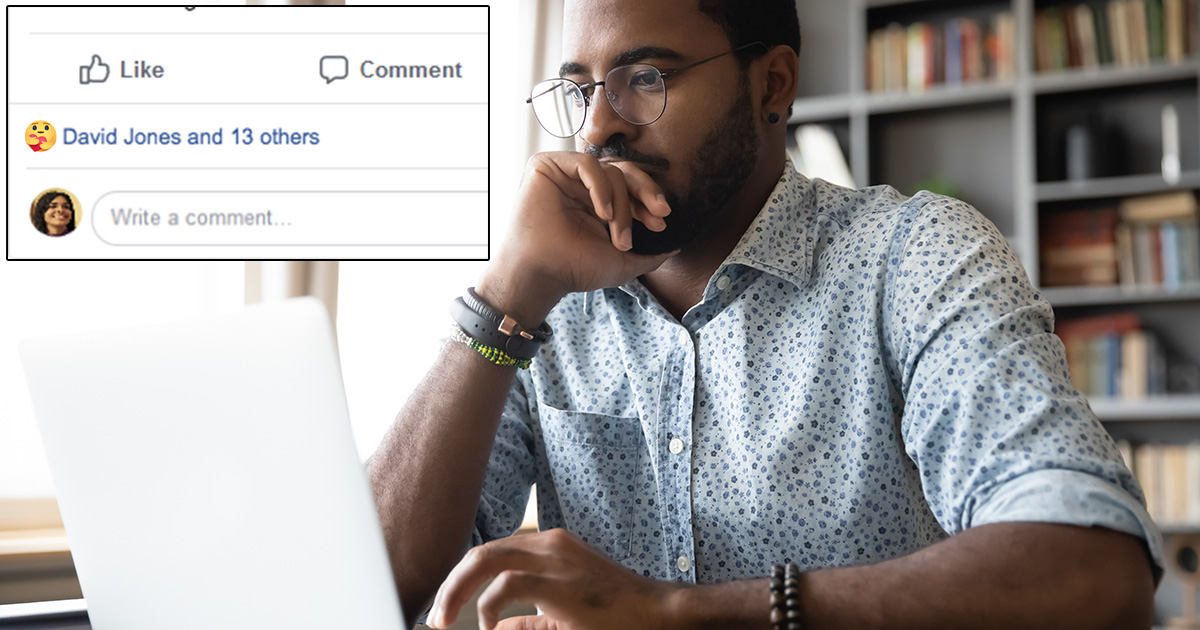 PASCO, Wash. — A cursory look at a recently posted selfie on Facebook revealed what appeared to be a memorial post based on the number of care reacts found underneath the image, according to sources who don’t need to read more into this to put two and two together.

“It’s been three years since Mary [Hastings] ‘s boyfriend Gary passed, so I thought it was kind of weird to see a selfie of him out of nowhere,” said Facebook friend Danny Ecklund. “I took one look at the reactions under the pic and there it was, couldn’t have been spelled out more clearly for me — 14 ‘care’ react emojis, and a ton of heart emojis in the comments. It doesn’t take a genius to figure out that this is a memorial post for someone who passed, I mean, it’s not like it was just some picture of a cat or a college graduation where you can drop a ‘like’ and move on.”

Local man Harold Billings committed a social media faux pas after leaving a simple “like” reaction on the post, rather than adding to the more intimate “care” emojis.

“It was a nice picture, I didn’t give it much thought. I’m not really one to pick up on small details like that, I’m a big picture kind of guy,” Billings said, while his smoke alarm blared and the eggs on the stove began to burn five feet away. “I don’t even see what the big deal is — likes, hearts, reactions, it’s all just lights on a screen to me. At least I asked before I just went and shared it.”

Social media expert, Jenna Williams, weighed in on how common these etiquette mishaps can be.

“Scrolling on social media is a different experience for everyone. Some people take little social graces very seriously, others have yet to catch up with all the nuances of emojis, text lingo, and the new reactions Facebook released a few years ago,” she explained. “In the grand scheme of things, little social cues like these may not really matter. You could miss a hint and do or say something a little insensitive, maybe get ignored by some of your friends, maybe never be invited to dinner again, maybe get shunned by all your friends and family for the rest of your life and have your girlfriend plot your demise. But hey, now you have extra brain space for video games and TikTok.”