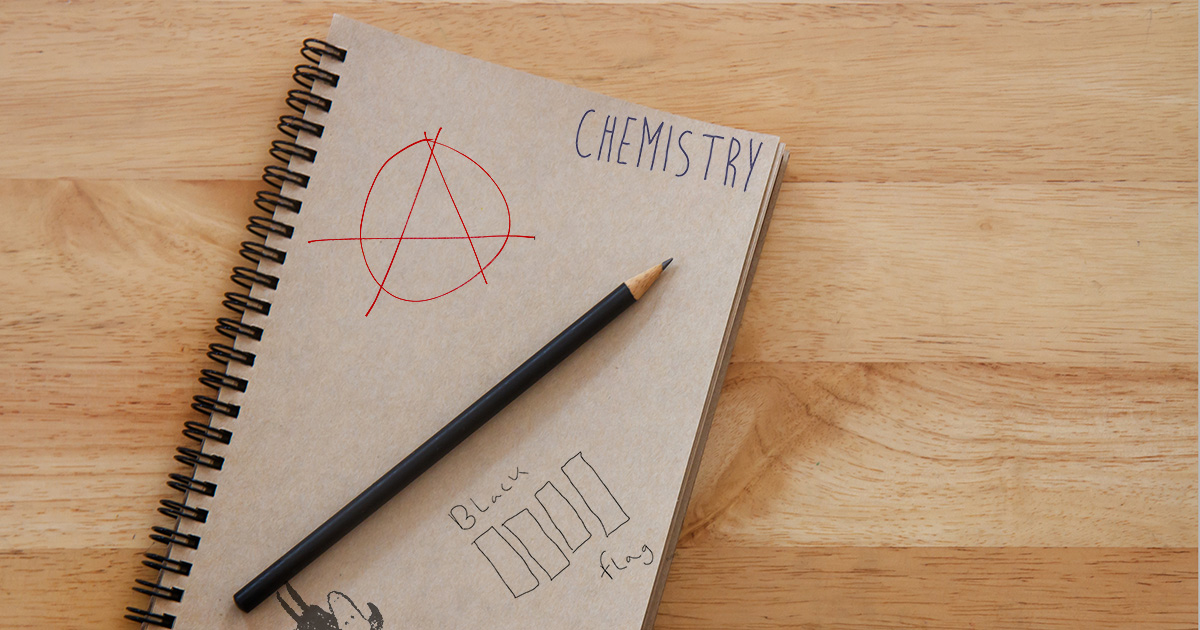 COLUMBUS — Local 7th grader Theo Hansen was shocked to learn that he had been added to the national terrorist watchlist for scribbling a poorly-drawn anarchy symbol onto a school notebook, according to his equally shocked parents.

“The cops kicked in the front door of my house saying they had seen security footage of me at some gas station and that a bunch FBI dudes needed to see my notebook,” said Hansen. “I was just kinda zoning out and doodling like normal. I took a break from trying to get that DK just right and I wasn’t really thinking anything when I drew it. Is this legal?”

Hansen was reportedly referred to the FBI by the chemistry teacher at a local middle school after noticing that Hansen, who cannot even go on field trips without his parent’s permission, had scribbled an anarchy symbol on his spiral ring notebook.

“These are strange and scary times,” said Mrs. Carpenter, Hansen’s chemistry teacher. “I thought he was always such a quiet kid, but I guess I was wrong. I once saw him try to toss an empty water bottle into the trash can from a few feet away, which I now recognize as him trying to incite a riot. When I saw what he had doodled, I had to turn him in. I mean, drawing that symbol on his chemistry notebook? He could have been developing some kind of anarchist cookbook, and God help us if that ever sees the light of day.”

Despite the fact that Hansen is a model student who has never even served detention, the FBI expressed gratitude to Mrs. Carpenter for exercising her civic duty by reporting a minor to the federal government.

“We take these kinds of reports very seriously,” said someone identifying themselves only as Agent Krist. “The journey of the radical left starts when they’re young. One day they’re drawing an anarchy symbol on their notebook, the next they’re demanding systemic reform that could change the world, and the shareholders make it very clear that we can’t let that happen. Thank God President Trump is threatening to take action against these Antifa terrorists. They are a direct threat to the American way of life, which as we all know, is perfect.”

Hansen seemed unconcerned about the plainclothes officers that have been following him over the last several days, stating that “criminalizing a leaderless ideology is a blank check to round up whoever they want. I’m 12, and even I know that.”