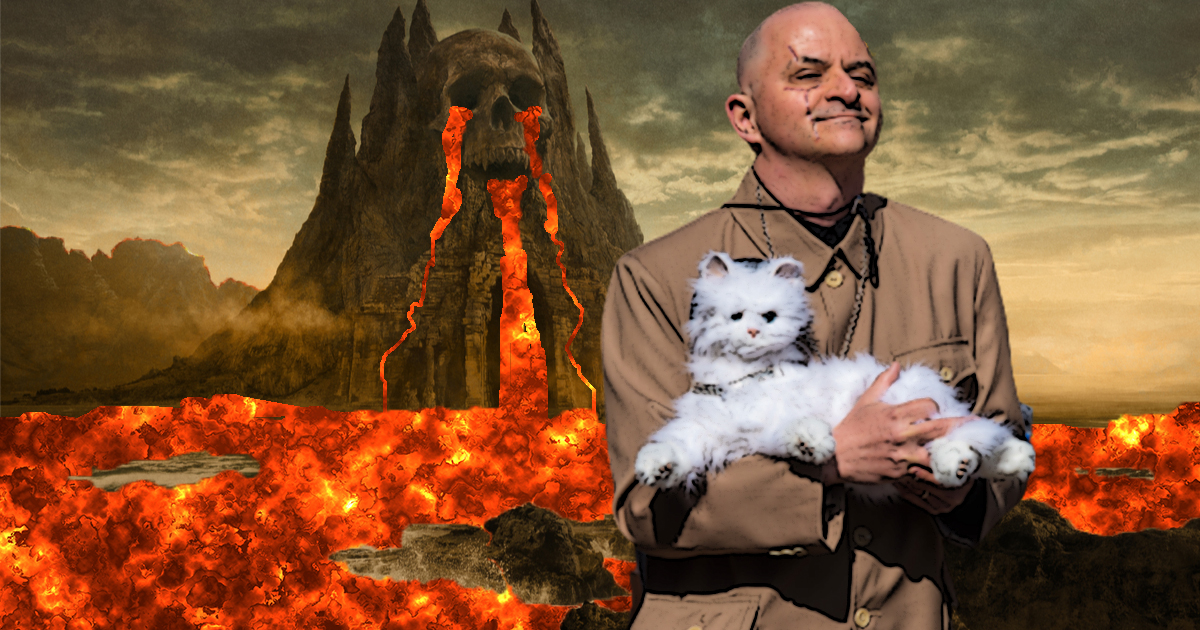 Listen, I know I’m not perfect, and I know I’m not always my “best self,” but I’m sick of everyone in this town acting like everything I do is evil or something. You guys can’t just keep holding onto these few stray instances and pretending like I’m the bad guy all of the time. For example, that time I made an excellent real estate deal.

First of all, who cares where it is, it’s only going to go up in value. I understand that the plot is at the base of an active volcano, but that’s why it was such a great deal! And so what if the house I built into it looks kind of like a skull. Or “a lot like a skull” as you all keep saying. It’s cool, deal with it.

Then there are my collectibles that you keep prodding me about. Let it go, you’re just jealous of my incredible pieces: my Bill-Koch-owned Thomas Jefferson wine forgery, my miniature Marvin Heemeyer bulldozer replica, my Jeff Bezos autographed Amazon box.

“Oh, anyone with his own personal Nazi museum in his volcano skull compound must be evil!” you say. Nonsense! I dedicated a small wing of my home to Nazi paraphernalia to remind me not to be that way! What do you people do to remind yourselves not to act like Hitler? Oh, nothing? Real responsible.

Then of course there’s the barely noticeable little piece of kryptonite I keep in a VERY SAFE lead-infused glass case on my desk. You people just love holding my feet to the fire on that one. As I have stated 1000 times before, I have that JUST IN CASE Superman goes crazy one day! Trust me, he appreciates the fact that guys like me are out there keeping him in check!

And now you’re critical of my inventions! These are just little hobbies that keep me occupied. Plenty of people have workshops in their basement or work on an old car in their garage. I don’t see how my lab is any different. Plus, I’ve told you repeatedly that the giant modified laser pointer slowly inching towards the end of that conveyor belt is just an experiment, no one’s going to get hurt.

I promise I’ll unstrap that dapper gagged gentleman in the tuxedo as soon as he apologizes for what he’s done, and way before the laser beam reaches him.

I could come up with a bunch of examples that make you guys look like the bad guy. But I’m not going to do that, because I’m a nice person, and I have enough firepower to level this town if I ever have to, so whatever.