Woah. Derek Got A 40 CD Wallet For Christmas 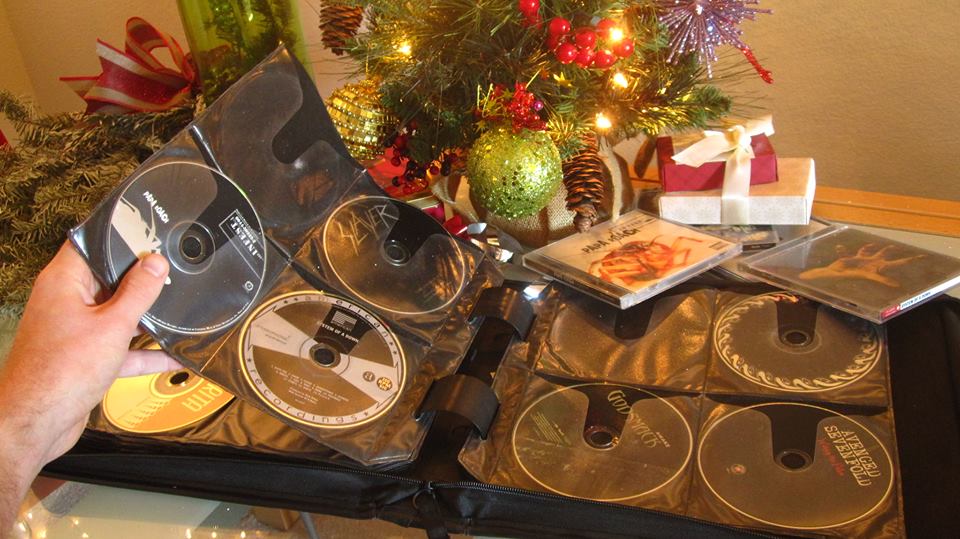 They say Christmas is a time of miracles, but this is just unbelievable.

My older brother Derek got a 40 CD wallet for Christmas. Yeah, 40 CDs in one black leather book. It has a zipper and everything.

He pulled it off. Somehow he convinced Mom and Dad (aka “Santa”) that he was well-behaved all year. They’re so dumb, they actually believed him. I know all of Derek’s secrets. Like the fact he broke into that foreclosed house at the end of the block. He was in there for like 3 hours.

Anyway, back to the CD wallet. I’m telling you, it’s so sick. It’s like 10 pages of clear plastic envelopes he can put his CDs in. It can also fit the CD booklets so when you open the wallet, every CD and booklet he owns is right at his fingertips. To be honest, Derek only has, like, 14 CDs, so he has a lot of extra sleeves. I asked if I can put my Meatloaf CDs in the empty spaces, but he told me to fuck off and called me a stupid retard. Whatever.

I gotta say though, Derek does have pretty cool CDs. He owns all of the Poppa Roach CDs and the first Godsmack CD. Derek’s computer has a CD burner, so he has made a few illegal CDs. (Oops, I hope Uncle Matt doesn’t read this; he has a gun.) On one of the blank CDs, he drew a naked girl and a penis with a magic marker. It’s gross, but I also think it’s pretty funny. He never lets me listen to that CD.

And get this — Derek also got a Best Buy gift card. You would think he would use that to buy more CDs to add to his collection, but he told me he’s been interested in buying a knife. So he’s going to sell the gift card for cash.

Derek is going to bring his 40 CD wallet to church this morning. Just wait until you see it.  You’re going to flip.

Are you jealous of Derek’s super sweet 40 CD wallet? Let us know in the comments below!