When This Child Was Bullied for His Homemade Metallica Shirt, the Band Came to His School With a Cease-and-Desist Letter 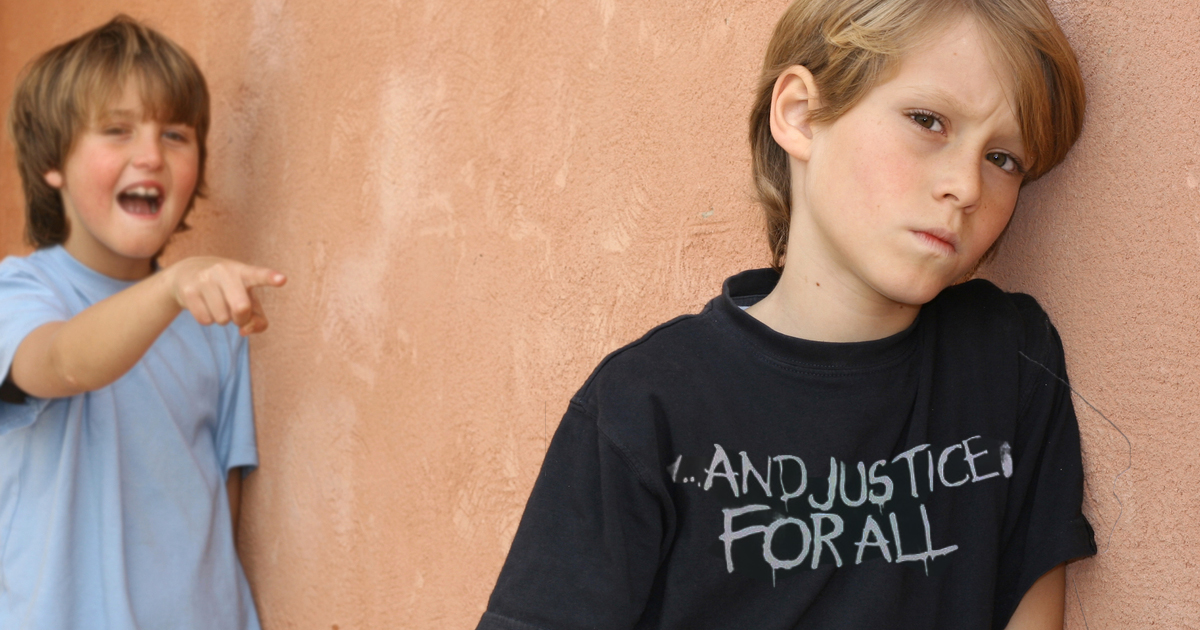 Local eighth-grader Warren Glumm never anticipated his hand-stenciled Metallica shirt to bring him any attention, let alone result in the band visiting his middle school classroom. However, after the band heard reports of the student being bullied for his hand-drawn “…And Justice for All” shirt, they knew it was on them to personally deliver their fan a message.

“If you do not cease all activity, a lawsuit will be commenced against you,” the band’s letter read. Incredible! It’s not every day you get noticed by your favorite band!

It all began when Glumm found his older brother’s “St. Anger” CD and, two years later, stumbled over a copy of “Master of Puppets” and reluctantly gave the band a second chance. Having no money to buy one of the band’s reasonably priced $75 t-shirts, Glumm decided to make his own.

Glumm was bullied almost immediately, forcing him to tears in the school bathroom. Some kids made fun of him for the shoddiness of his shirt, others for being into ‘entry level bullshit’ at such a late age.

“By eighth grade, you should be on your second Snapcase album,” one really cool student said.

It wasn’t long before headlines about the bullying case began circulating until the band itself finally got involved, arriving with their legal team on Thursday morning to hand-deliver their newest fan his very own court-ordered cease-and-desist; a staple used to welcome over one third of all Metallica fans born after 1999.

Glumm was thrilled to see the iconic rockers come into his 10:15 social studies class, and even more shocked when they came to his desk and personally referred to him by name.

The band then demanded the boy remove the shirt as well as “any remaining stock” he may have and promptly left to serve a kindergartener who may have drawn part of the band’s logo while learning to write the letter ‘M.’