Well, It’s Been 25 Years, but I’ve Finally Decided Which Reel Big Fish Tattoo I Should Get 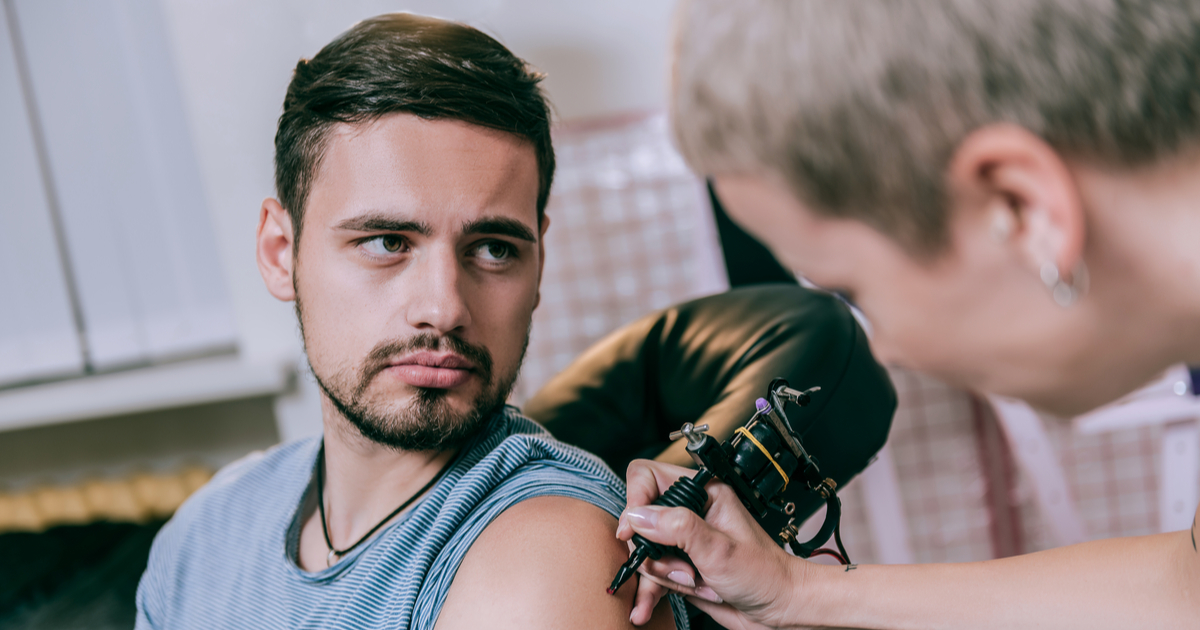 I bet you thought I’d never do it. In fact, I’m pretty sure we did bet on it. Well, two and a half decades of diligent research and measured consideration and guess what, assholes? I finally decided what to ink on my own skin as a tribute to the greatest band that ever was or will be: Reel Big Fish.

Ever since I first heard “Sellout” on the radio in my nearly brand new 1996 Toyota Camry, I knew I was going to have to dedicate some amount of flesh to this band. But what tattoo could I possibly get that would truly show my admiration for the ska-punk heroes?

Allow me to paint you a picture. Let’s start with the checkered flag that acts as the backdrop for all the details. In the center, we have a portrait of Aaron Barrett with big sunglasses on but also he’s winking cheekily and you can somehow see it. I still have to talk to my artist about that part.

Underneath that, there are two trumpets crossed so it looks like a skull and crossbones but with trumpets. Also, there are a few trumpets up top as well for good measure. Oh and also Barrett’s face is playing yet another trumpet regardless of the fact that he doesn’t play trumpet.

Then we have the actual fish. There will be three fish: a perch, a walleye, and a dwarf lanternshark. They will be hidden throughout the tattoo that people will have to look for and it will make them really study the intricacies of it. I expect a lot of people to scrutinize this temple to these top tier ska gods.

Under all that we have a bright green banner reading, “All I Know Is That I Don’t Know Nothing.” Now, I know that’s technically an Operation Ivy lyric but, like, it’s just so cool.

That’s the plan! So, does anybody know a tattoo artist that will work for cheap? Or maybe in exchange for a 1996 Toyota Camry because that’s all I got.