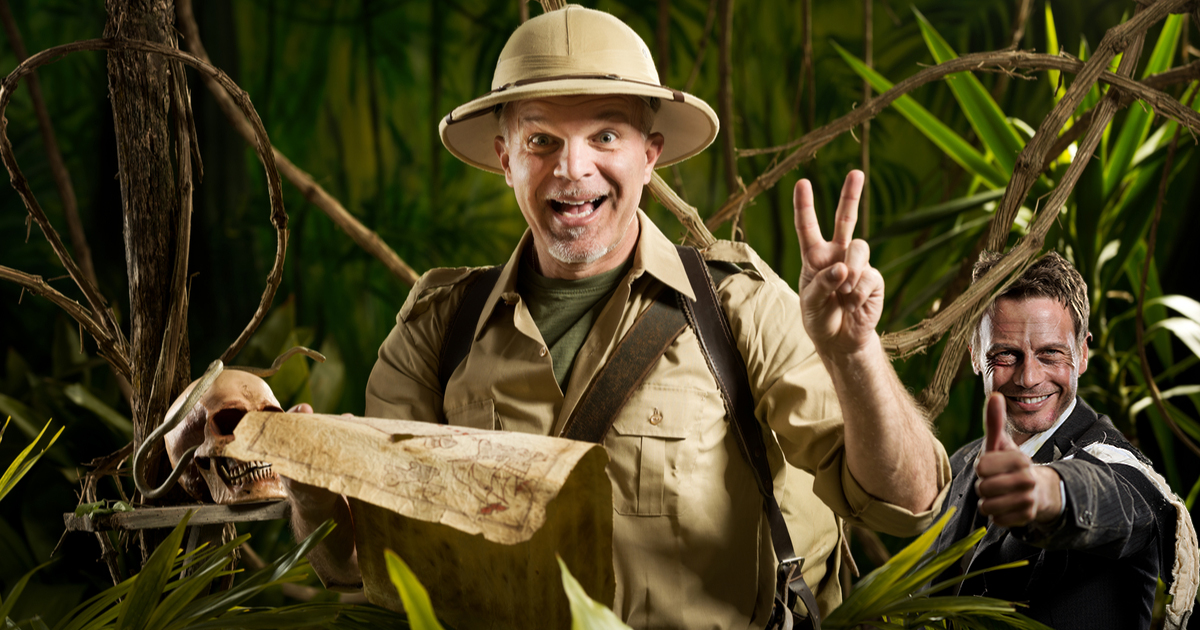 At The Hard Times we feel it’s important to occasionally leave our comfort zone to seek out new places, cultures, and scenes. That’s why we recently traveled out over international waters to an island where eccentric billionaires stalk through a tropical rainforest hunting “the most dangerous game.”

Now we went over there with every intention of exposing this island’s horrible practices and shutting it down. But as soon as our private helicopter landed at the chateau and a man in a pith helmet handed us each an elephant gun, a cavalry saber and a pina colada we felt right at home.

This place ruled! It was absolutely beautiful, the staff attended to our every need, and honestly? It’s pretty fucking dope to hunt other human beings. Turns out you don’t need a billion dollars to enjoy that. Just an elephant gun and an open mind.

Now, we know what you’re probably thinking: “how could we put ourselves at risk like that? What if one of our quarries somehow managed to outwit us?” Well, no need to worry. As we soon found out, all of the hunted are dosed with a powerful sedative before they are released, which renders them virtually incapable of being aggressive. The first human we cornered could barely stand, even before we shot the entire top part of his skull off. Talk about a rush!

There was one disappointing aspect of our trip, which was that due to some bureaucratic nonsense known as “international law” we weren’t allowed to bring back any of the trophies we had gathered from our prey. This was unfortunate as we had amassed quite the collection of shin bones by that point. But by the end of our trip, it was the memories and friends we made along the way which we will truly cherish.

So if you’re looking for a destination for your next vacation, and have fourteen million dollars and access to the dark web, then allow us to recommend the island where humans are hunted for sport. And if you don’t have your hands on that kind of cash, we know another way you can get to the island that’s totally free. You just might not… leave.