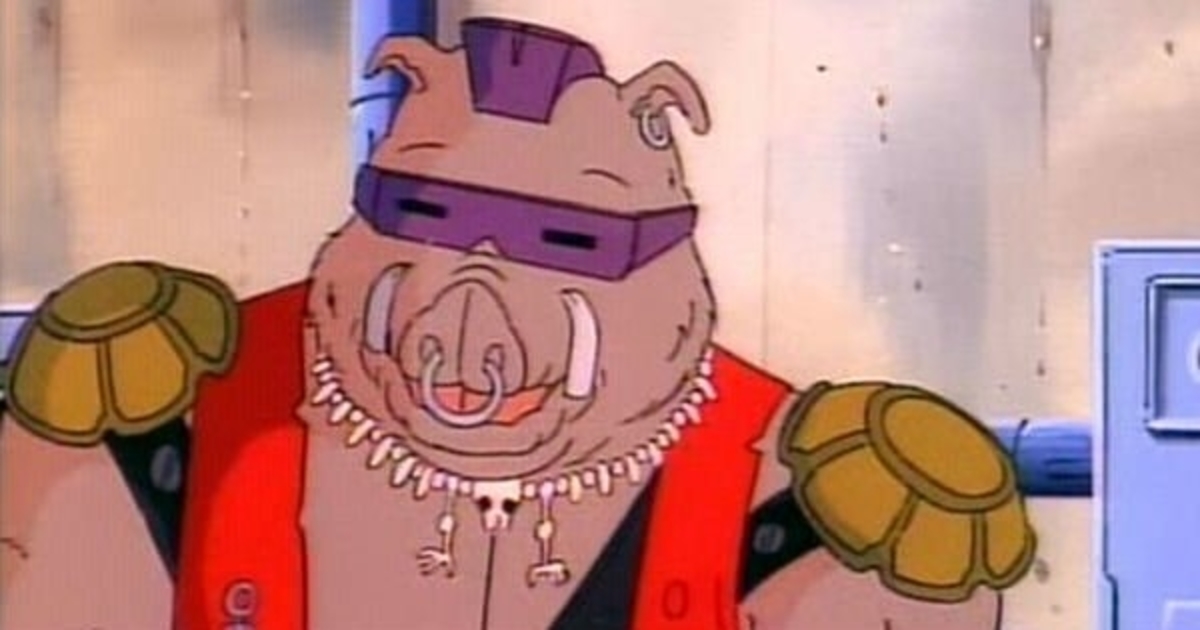 The 80s in New York City has become a legendary, almost mythical, time in the history of punk. From bands like Agnostic Front to venues like CBGB, this time and location is often touted as one of the most influential periods in punk history. However, there are many unsung heroes of the scene. We spoke to one of those heroes, Bebop, a firsthand observer of NYC punk in the 80s and also a mutant pig-person hellbent on destroying the teenage mutant ninja turtles, and asked him about what New York punk was like in the 80s.

Dirty, dangerous, pretty much everything a creep like me could ask for. Everything had character. See, you gotta remember, this was before Giuliani sucked the life outta the city. Times Square was dirty. [snort] Crack was really makin’ turtle soup outta the Bronx.

How’d you get into the scene?

My boy Rocksteady dragged me to CBGB a lot. But I liked the heavier stuff. Hardcore shows were truly insane back then. Rocksteady and me would do this thing where we charge from opposite sides of the pit. Then everyone would get out of the way at the last second, and we’d slam face-first into each other. I left one Agnostic Front show flashing orange.

You had an infamous beef with another NYC-based crew, were there any other lesser-known clashes you were involved in?

Back then, there wasn’t anyone I wouldn’t step to. [snort] There’s a certain vegan frontman who still has be blocked on Instagram today for an incident that involved my turtle shell shoulder pads, his big mouth, and a crowbar upside the head. It was just a different time. Today I’m all out PMA. I eat clean, I live clean, and I co-host a Dharma Punx discussion every other Wednesday over by the Y on the Bowery. Life’s too short.

If you could go back and do anything different, what would you change?

I’d probably swap the skull crushing with a more creative endeavor. Rocksteady and I tried to form our own group briefly. It was just the two of us but we saw what Suicide did and figured, hey, how hard could it be? It was mostly us just pulling levers in the Technodrome, seeing what sounds we could make. [snort] Boss got real mad that day. We never talked about it again. That, and I’d probably add some sunblock under the vest or something — those UV rays really took a toll on the old complexion.

Is that when you started hanging around with Shredder?

Yeah. The Technodrome was kind of like The Factory and Shredder was our Warhol. Everybody hung out. Lots of big ideas always being kicked around. But the boss always had other stuff going on, so we never got much done.

How does the NYC scene today differ from the scene back then?

We stopped paying attention to music around the time we started experimenting with mutagen. That stuff really poisoned the scene. We lost a lot of important people to the glowing green. [snort]