We Talk With Mitt Romney About How His Mormon Faith Inspired His Hollow, Opportunistic Last Minute Gesture 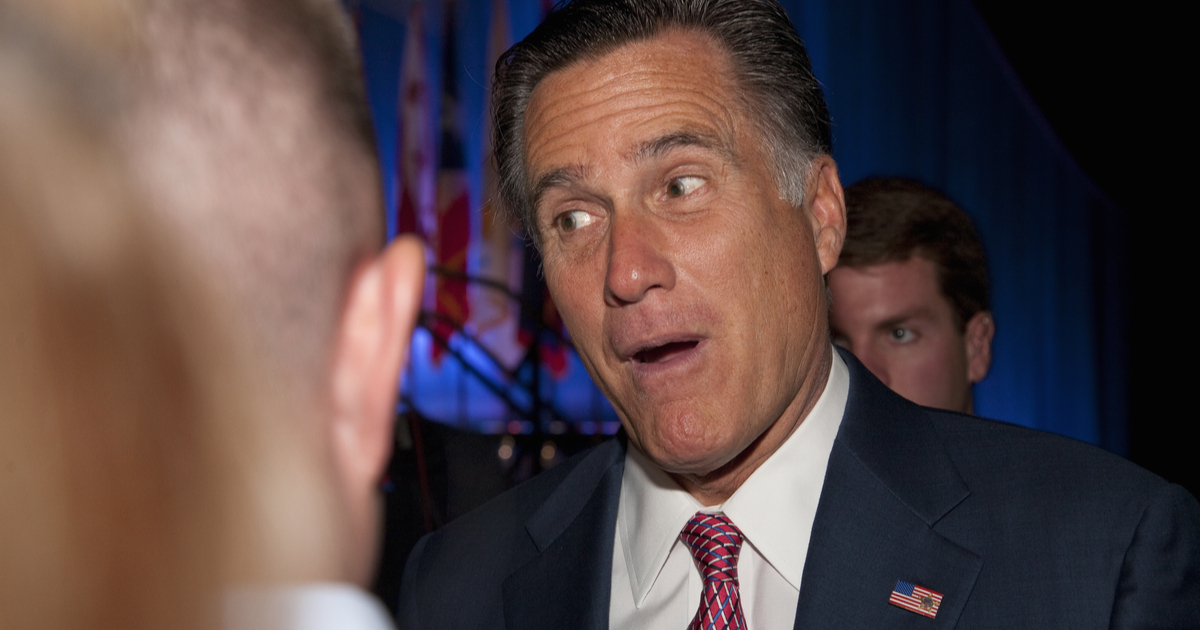 In these divided times it takes real courage to go against the grain and stand up for what you believe in. But apparently it’s been so long since Americans have seen courage that they will settle for the next best thing: empty opportunistic lip service.

By announcing his intention to vote against Trump once all of the numbers were in and it was clear that it would affect nothing, senator Mitt Romney has gained rock star status in the field of self interested compromise.

Romney was kind enough to open up to us about his deliberately futile strike against his own party.

The Hard Times: Thank you for taking the time to talk with us today, senator. Let’s just get into it, what made you break from the pack?
Mitt Romey: It was clear from the get go that any republican who voted against Trump would receive huge brownie points from the press. When it got down to the wire and those brownie points were still on the table, I decided it was about time someone swooped in and took them. And that’s exactly what I did.
So it was never your intention to remove Trump from office?
Good Lord no! It was sort of like a game of chicken we were all playing. Everyone wanted to be seen as the cool Republican who stood up to Trump but no one wanted to do it so early that they accidentally got some momentum going and changed the outcome of the trial. No one wanted that.
But you did say that your faith was ultimately the deciding factor. How could that be true if morality had nothing to do with it?
Well as I’m sure you are aware I am a Mormon and one of the central tenants of Mormonism is doing crazy PR spin moves to make ourselves seem decent.
Public relations stunts are part of your religion?
Absolutely! Mormons were once huge advocates of slavery, but then slavery became unpopular, so all of a sudden God came down and told us that slavery was wrong. Get it?
Was that a wink?
No no, I had something in my eye. Feel me?
I’m not sure I do.
It’s like, we used to be openly polygamous, but when the government’s anti polygamy stand threatened our stronghold, we condemned polygamy. We get credit for reforming, but also kept our secret child brides. It’s win-win.
So one of the pillars of your religion is lying?
I wouldn’t call it lying, no. It’s like, if a reed in the water is too rigid it will break. We bend with the current to survive.
Is that a Buddhist saying?
Not anymore.