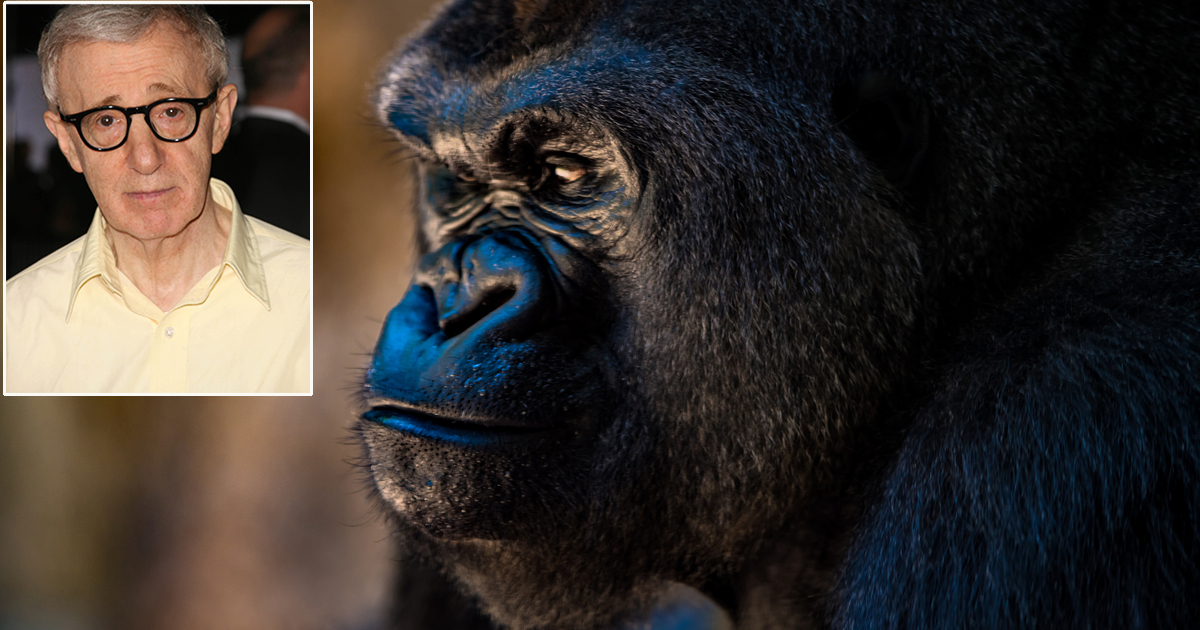 Gorillas are magnificent creatures. They stand tall with powerful posture, pick their noses, and fuck in full view of a family audience in zoos. Very punk shit. But even more impressive than that, some gorillas are able to learn sign language and communicate with their keepers at the zoo.

We were lucky enough to chat with Orion, an Eastern lowland gorilla currently living at the Cincinnati Zoo. While Orion shines as an impressive example of nature’s evolution, sadly we can’t say the same for his views on certain Hollywood filmmakers.

THE HARD TIMES: Hello, Orion. I brought you some bananas as a present to thank you for your time.

ORION: Oh, great. More bananas. Never had those before. Just because I’m a gorilla doesn’t mean I can’t appreciate a nice Malbec or creme brulee.

Noted. What is your favorite activity at the zoo?

ORION: I enjoy watching the 1970s and 80s output of auteur Woody Allen. But my captors refuse to buy the superior Laserdisc editions for me. The treatment here is inhumane. Or should I said, inprimane? Ha ha.

Umm, this is awkward, but have you heard any of the negative news about Woody Allen in the past few years?

So he married his ADOPTED daughter. Love is love and the age of consent is arbitrary. Do you think something magical happens to a person at midnight on their 18th birthday where they gain all the knowledge of the consequences of sexual activity? That’s absurd and honestly illogical. It’s not that black and white.

Woah, Jesus. But he is also accused of sexual assault of a minor.

Does that mean that the movies themselves are null and void? A movie is made by more than one person; is it ethical to cancel the hard work of the actors, cinematographers, and key grip because one person may have behaved inappropriately? It’s like how the great Dr. Jordan Peterson once said…

OK I’m not letting you use this interview as a platform for Jordan Peterson’s horse shit. God, this is just like when I interviewed that dolphin who wouldn’t stop defending Weinstein.

That dolphin had some great ideas if you ask me, especially the stuff about Cosby being framed.

Ok I think it’s about time to wrap this up, anything else you want to tell our readers?

The Clintons had Harambe killed.