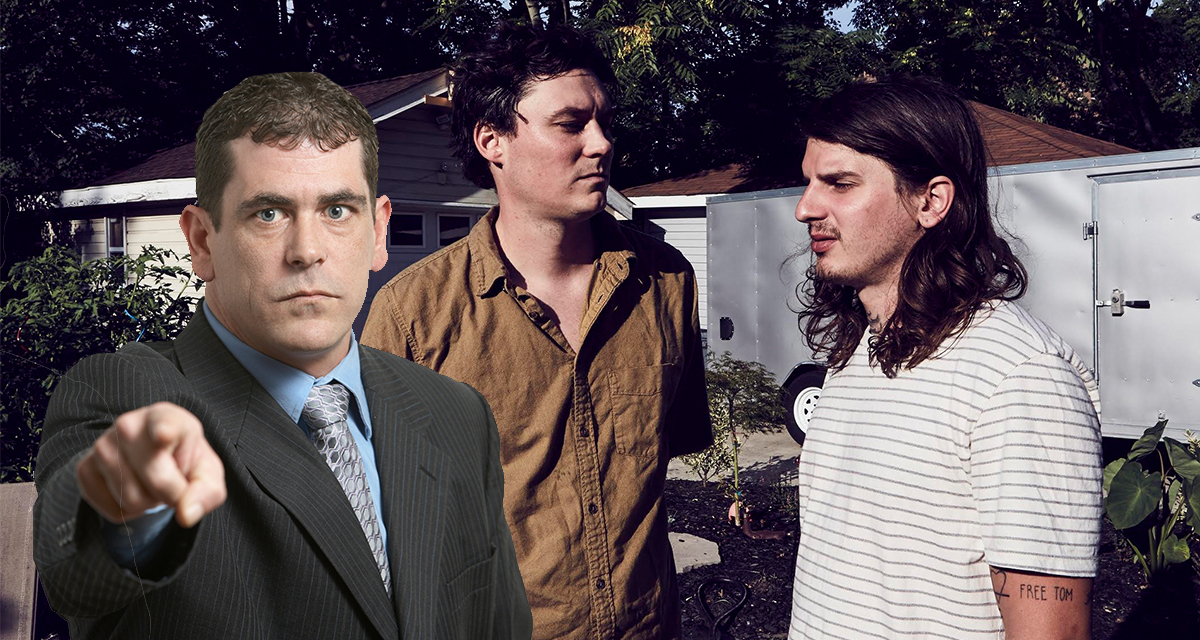 Recently, we took a trek to New Jersey to take in the food, culture, and historic sights of… alright, fine, we admit it! Our girlfriend really likes the movie “Garden State” and we thought it’d be cool to go there and smoke weed. Unfortunately, we appear to have made a grave mistake. Because while New Jersey law clearly states that weed is legal for recreational use, it carries an exception. Apparently smoking weed is fine but if you do so while wearing a sunglasses/beanie combo and then start spouting off half-baked stoner nonsense, you run the risk of getting sued by The Front Bottoms for “stealing their whole shtick” or whatever.

There’s no denying that The Front Bottoms have a particular style. And, honestly, we like it. Or at least we did until Brian Sella slapped us with a restraining order and demanded an undisclosed amount of cash and hash oil, with the added assurance we would never infringe on their artistic territory ever again. Well, according to the best attorney we could afford on TaskRabbit, they have a case. New Jersey law is pretty cut and dry when it comes to Front Bottoms litigation.

Genuinely, it never occurred to us that anyone could possibly own the concept of getting stoned next to a dumpster in the Garden State. We sorta assumed that was the only thing to do there. That’s not an admission of guilt by the way. But we think anyone who’s ever lived in Hoboken understands, right? Also, there’s a lot in this lawsuit about their ex-girlfriends. Frankly, we have no idea how that relates but if anyone reading this knows Beth, let us know so we can get her as a character witness for our side.

We just hope we make it out of this state without further incident. Last night, we thought we’d be fine going to a basement show in New Brunswick. Everything was cool until we shaved our head and tried to save this emo girl we sat next to and now we’re being sued by fucking Lifetime.