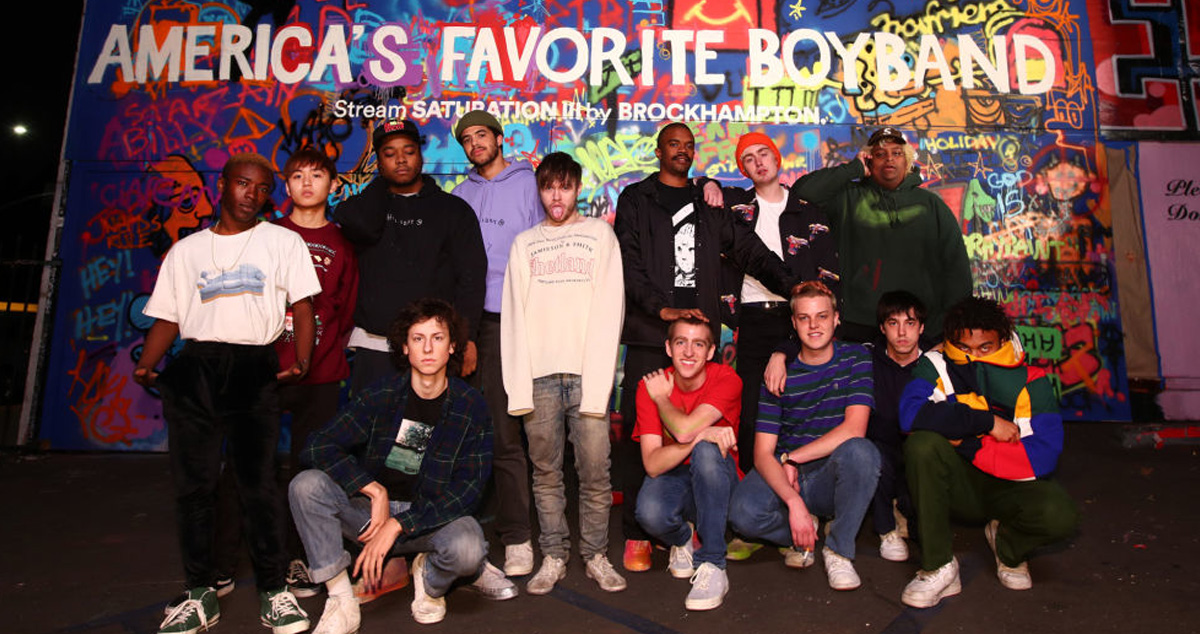 Few bands lately have garnered as much buzz as quickly as Brockhampton, the Los Angeles boy band boasting 14 members ranging from rappers to producers and videographers. Like any music publication trying to stay current we had to have someone interview them. So we thought, “Why not send our intern, Alex? He’s good at his job!”

Well, we’ve got a problem. It appears that immediately following his scheduled pre-show interview, Brockhampton has… I don’t know, absorbed Alex, and now he’s their light tech. Or their tour manager. Maybe the merch guy? Jesus, we have no idea. All we know is that he’s changed every one of his social media bios to “@brckhmptn” and has painted his face blue.

We haven’t heard a word from him since and to be honest, we’re all scared. Really scared.

Since Alex’s interview two weeks ago, Brockhampton has put out four new videos – he’s in every one of them, somehow. We think he even had a verse in the last one and at no point did he demonstrate anything resembling flow at the our Hard Times karaoke night, so that was just fucking crazy.

Related: I Recorded Myself Calling Ex-Girlfriends on Edibles and Accidentally Made a Front Bottoms Album

Nobody wanted this to happen.

“Guilty” doesn’t even begin to describe what we’re feeling. God, we thought we were helping Alex by giving him this interview. Who wouldn’t want an exclusive with Brockhampton? We can’t really ask him how it went because, well, he obviously doesn’t work for us anymore. He’s stopped working, period. He only works for himself and his new buddies, and he appears hell-bent on realizing his new dreams with this unstoppable, terrifying hivemind.

Doesn’t anyone else think it’s alarming that Brockhampton appears to be able to completely assimilate any person it so chooses in the name of expanding their ranks? Christ, who knows just how many other people they’ve pulled into their unyielding yet extremely catchy grasp. Should we call the FBI?

And will someone get Brockhampton on Jimmy Fallon so Alex’s parents know where the Christ their son is?

For the love of God, let’s get this boy home.

Wanna supporst The Hard Times? Buy one of our t-shirts!
/*