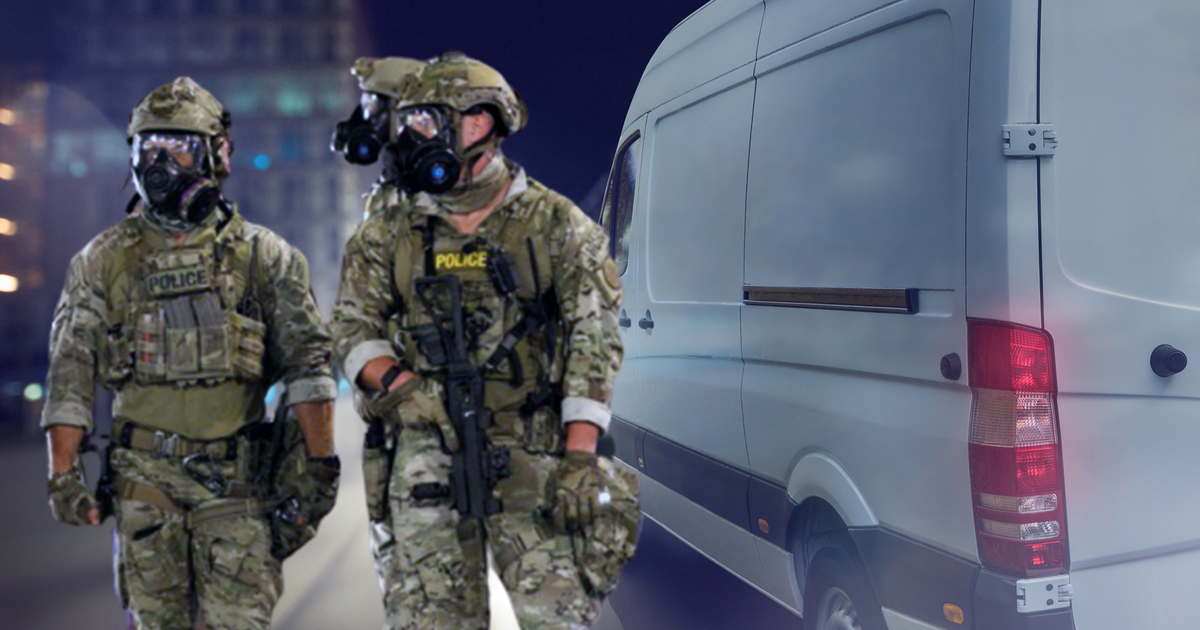 Well, this is officially the worst interview we’ve ever done. With Trump sending federal officers to major cities, we thought the edgy thing to do would be to get in the trenches, sit down, and talk to these guys and get their point of view. We headed to Portland ready to do some good old fashioned journalism. Well, turns out there’s a reason no one really does that anymore. We were mistaken for peaceful protestors, so naturally, we were assaulted and detained in an unmarked vehicle until “indefinitely.”

Yeah, I was hoping to be back at my hotel room smoking legal marijuana and chowing down Voodoo Donuts by now. Instead, I’m tying a tourniquet around my shin and struggling to keep my photographer awake because I’m pretty sure he has a serious concussion. That, or he just really wants to mumble the lyrics to Crazy Town’s “Butterfly.” But if you ask me that’s a real weird reaction to having your head beaten in by the Gestapo.

I don’t know where this side is keeping it’s “good people,” but it sure as hell isn’t in the back of this van, I can tell you that.

Since we’ve been in this van I have heard every racial slur I know and a whole bunch I didn’t. One of these assholes was bragging about hitting a “dago” between the eyes with a rubber bullet. Now I’m just trying to not guess what a “dago” because you can’t guess what new slurs mean without being racist.

I’m pretty sure it’s Danish people, right? Whatever, it doesn’t matter. The point is I’m scared.

I was only able to send in this draft because one of the feds gave me his phone to figure out the camera app he uses to spy on his wife. Oh shit, was it a mistake to make myself useful to these guys? What if they keep me even longer now? What if I’m forced to perform basic tech troubleshooting for the secret police until I die?

Please help. I’m not sure what you can do, I mean when that guy handed me his phone my first thought was “great, I can call the police.” Is there like a police-police? What about superheroes. Are they real? I’ve lost a lot of blood.