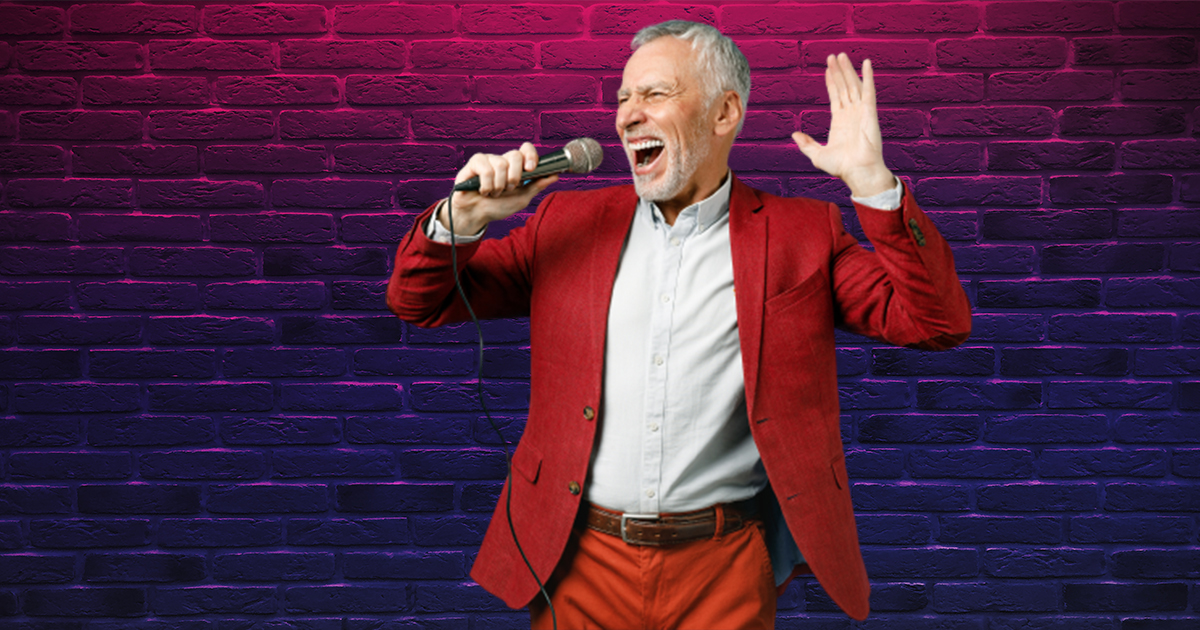 If Frank Sinatra’s “My Way” were never played on the radio or in movies again, it would still live on eternally in the collective human consciousness. Why? Because you can guarantee its inclusion at every single karaoke night on the planet. And while I prefer Limp Bizkit’s “My Way”, Ol’ Blue Eyes’ version has its place I suppose.

There’s no one more insistent on performing the crooner classic than Morty Ivich, a regular at my neighborhood karaoke bar The Gadfly. We sat down with him to hear how he did it “his way.”

THE HARD TIMES: Morty, what is it about “My Way” that inspires you to sing it so frequently? To be honest, I don’t think I’ve ever heard you sing another song.

MORTY: Oh, it’s my absolute favorite. Just a classic. They don’t write songs like that anymore. I love singing it at The Gadfly and Tom’s Tavern.

Wait, don’t those two bars have karaoke on the same night? Do you go back and forth?

Heh, no, not exactly. I have a way of… bending… time and place around me.

You see, I can exist in multiple places at once, as multiple different beings. You know me as Morty Ivich, an old Russian retiree. Tom’s Tavern knows me as Nikos Papadopoulous, owner of Nikos’ Gyros in Hampstead. The Singing Palace in Kyoto knows me as Kenichi Yamashita.

Ok, I really don’t follow. Are you fucking with me?

I am not fucking with you. My birth name was Jebediah Plimp and I died in 1969 in West Virginia. An old mountain crone placed a curse on me, damning my soul to an eternity of wandering the earth singing “My Way” slightly off-key at every single karaoke night worldwide.

And while crowds love it, it’s time for this curse to find a new host. Get over here, give me your wrist!

Woah Morty, get away from me. Ahh, what the hell? Ow!

AH HA HA! YES! AFTER YEARS OF RECREATING FRANK SINATRA’S MONOTONE TALK-SINGING, I AM FINALLY FREE TO ASCEND TO THE NEXT PLANE OF EXISTENCE. I AM FREE!

And now, the end is near…